San Francisco shows Knoxville what not to do regarding homelessness 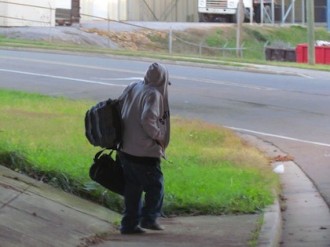 It's important for the people of East Tennessee to stay united as one community and never divide our own people. I've been everywhere in the country you can name and Knoxville's key difference is a refusal to let this happen to their own people. Staying united is what makes this city so great. If any percentage of our people is suffering then we are all suffering and we must put an end to it. That is why people love this community.

Let's take a tip from San Francisco. Does anyone remember when SF was "the city of peace, love, hippies and brotherhood?" They have changed, and it's not for the well being of the community.

San Francisco is now "The Yuppie Capital of America." With the second highest population density, the fastest growing prices on all goods and services and the growth of the .com business-base SF is declaring an ugly, inhumane war on its own people. While the website "Wallet Genius" points to the tourist market being the root of the price increases, for whatever reason SF is the forth most expensive city in America to live. These facts bring a few new things to the plate: an ever increasing poverty and homeless population and a constantly increasing upper-class population. While the wealthy ban together in every "Chinese Checker Organization" they can develop the poor are left on their own with no power to fight back.

While some might take the "create more jobs and affordable housing stance" San Francisco has chosen to take the "I win, you lose, lets abuse them until they leave" stance."

The city has managed to pass new anti-panhandling laws and every year, police issue thousands of citations to the homeless for "quality of life" crimes: sleeping in the park, urinating in public, dumpster diving, loitering, etc. The latest is the: "No sitting on sidewalks Law."

You would think that the many homeless organizations based in San Francisco would stand up and oppose these laws, but it doesn't seem to be the case. The result is that most of the homeless population have no idea about the new law until they find themselves in one of the city's overcrowded jails.

The war against the homeless began a few years ago when an opinionated writer named C.W. Nevius wrote a two part, front page column in the San Francisco Chronicle entitled "Enough is Enough." While he is quick to state that San Francisco is the most liberal and tolerant city in the country, he gives no information on where he did the study of America's most liberal and tolerant cities), in the same breath he takes the liberty to speak for everyone and says that "We seemed to have changed our perception of our tolerance of people on the street."

Knowing that poverty-stricken and homeless people don't often buy the San Francisco Chronicle, Nevius' articles drew a lot of support and, again there was no word from the homeless organizations. Since they were published (2007), to today San Francisco has gone on a full-scale abuse strategy in an appalling and ignorant attempt to make homelessness so difficult that the problem will go away.

Most of the readers of "Enough Is Enough" ranted and raved about their own selfish agendas: the homeless going through their dumpsters at their café or how they were embarrassed by living in a city with such an eyesore. One man complained that he had seen a man in front of his office building that had urinated in his pants. Another complained about how she didn't want her children to see the issue and how homeless people were lazy, stupid and crazy. She then wrapped it all up with how it wasn't her problem that these people didn't find a career in demand. Sara Deneworth states "It has become overwhelming, and now it's hard to feel sorry for them anymore." The word "them" shows the entire train of thought. It's not us, they're not our community, we are us and they are them.

"It's hard to feel sorry for someone because it's overwhelming?" So… when the problem wasn't overwhelming it was easy to feel sorry for them? I don't understand. When it becomes crystal clear that your city has a very serious problem that calls for human compassion isn't that the time to take action, to realize that you have failed and to care even more?

Finally, but a little too late, there was a small "voice of light" coming out of the woodwork. Martha Bridegam, an attorney who has specialized in homeless issues said the problem is the city's housing shortage, not the victims of it. "Why don't you crack down on the problem of lacking housing, instead of the problem of people being poor and living outside? It's just the cart before the horse," Bridegam said. "I just cannot understand the cruelty." Bridegam blames the San Francisco Chronicle for stirring up what she calls a "hate campaign" against the city's poor. Bridegam drew little-to-no support.

David Brinder answers the question by saying "the city has long been divided on what to do with the homeless. But recent polls show fatigue even among the most compassionate."

I don't think it's "fatigue" David. I think the people that you're labeling as "compassionate" were only compassionate when their political leaders decided it was in their best interest. Pretending to know something or care about something to get votes is no longer working in this case. The sad fact is: the majority of the voting base in SF doesn't care so a leader caring about the issue would equate to being less powerful which would equate to less money.

Compassion itself has become "out of style in San Francisco." My only real fear is that the rest of the cities across the country will follow San Francisco's heartless lead.

Whether the rest of the cities follow SF's lead or not it is up to the very people of East TN to keep this from happening to us. When someone labels you as great and defines your greatness you don't sell it or throw it away. You lead.