Did Zimmerman’s Father Get Him Out Of Trouble?

Many people said from the beginning that something in this case is missing. The math simply did not add up and the public was missing a large, vital piece of information.

In the past few hours it has come to light that George Zimmerman’s father is a retired judge and his mother was a court clerk.

It’s also true that George Zimmerman was arrested three times and each time the case mysteriously disappeared allowing Zimmerman to legally carry a 9mm handgun.  One of those cases was a potential felony. 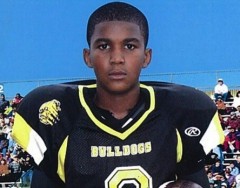 In an attempt to smear Trayvon’s name, new information regarding his past is being leaked to media. The information includes 3 school suspensions in the past year. Also released are numerous Internet photos of Trayvon in “not so innocent” poses and gestures.

One of the suspensions is confirmed and listed “a suspected bag of marijuana” in his backpack. Another listed a graffiti charge and another issue said he was allegedly found with 12 items of women’s jewelry in his backpack along with a flathead screw driver which was stated to be a burglary tool.

Being no newbie to human thought patterns, unfortunately - the strategy will work on many people but it’s a shame. Even if these allegations are true and Trayvon was no angel, we don’t kill people for smoking pot or carrying screw drivers. If we did, most of us would be dead.

Family attorney (Benjamin Crump) is stating that the leaks are a conspiracy to sway public pressure and states that these issues are irrelevant to the case.

In other new developments, the lead investigator (Chris Serino) originally asked for a “manslaughter charge” the same day as the shooting. He was denied by the state attorney's office claiming "insufficiant evidence." Serino filed an affidavit stating that he wasn’t convinced with Zimmerman’s story of self-defense. The state attorney's office will not comment on the issue. 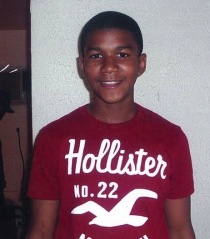 A few days ago a petition link came up on my Facebook wall and my first reaction was to delete it, as it was probably something that didn’t concern me. Little did I know it concerns all of us a great deal.

What got my attention were the 1.5 million signatures. It had something do with the death of a young black male and the person who killed him had not yet been arrested.

I read the petition letter, thought about it for a minute, and then signed, but I still wouldn’t know much about the case until it exploded on the Internet and TV media the following day.

On February 26, 2012 Trayvon Martin (age 17) was visiting a community where his father's financee lived. He was walking through the neighborhood on his way to her house when he was reported as a suspicious person. He had just come from the store where he bought a bag of Skittles and an iced tea.

In charge of the neighborhood watch was a man named George Zimmerman whom apparently didn’t recognize Trayvon and eventually approached him. The result was Trayvon’s death. Zimmerman pulled out a gun and shot the young man. It’s almost impossible to fathom but he still (3/25/12 – 8:11pm EST) has not been arrested.

Zimmerman told the police that he acted in self-defense and the police bought the story, but they weren’t expecting the national public pressure to find the truth.

Trayvon was on the phone with his girlfriend when Zimmerman started approaching him and he explained to her that someone was following him and he was scared. She told him to run but he decided not to.

Once Zimmerman caught up to him he demanded to know who Trayvon was and what he was doing in the neighborhood. Trayvon’s girlfriend states that she thinks he was pushed by Zimmerman and the information after that is virtually unknown, but by now you know the end result.

As the days went by - the case seemed to fade away but no one was counting on Trayvon’s friends and family running their own investigation where they found the information that he was on the phone with his girlfriend at the time of the incident. Phone records proved the girlfriend’s story but to that point no police officer had even talked to her.

Some of the neighbors heard and reported the struggle and aren’t buying Zimmerman’s self-defense claim and openly state that Zimmerman’s story does not add up.

CNN managed to get ahold of the 911 tapes and, on playback, it’s suggested that Zimmerman was using racial slurs. The problem is: whatever he said is under his breath, very muffled and unclear. CNN put their top audio engineer on the issue in an attempt to clear up any background noise and loop the tape to see exactly what it is said but it’s still not 100% clear. It sounds like he says, “Fucking coons” but he was semi-whispering as if he were talking to himself and, as he said it, he was exhaling and the air distorted the receiver.

The tape is an essential piece of evidence because, if a jury decides that the crime is race-motivated, it’s a federal matter and, at that it becomes an FBI investigation and prosecution.

Unbelievably, some friends of Zimmerman have spoken out in his defense and stated that, if Trayvon would’ve just explained what he was doing in the neighborhood, none of this would’ve happened…. As if that somehow justifies murdering someone.

Trayvon was unarmed. Whether he completely ignored Zimmerman or smarted off to him, he was not breaking the law and nothing he did warranted his murder. Furthermore, Zimmerman had no official legal authority to question or approach the young man.

It is stated that the neighborhood was plagued with a string of burglaries that increased the paranoia in the community and the majority of the perpetrators were young black males.

Frank Taaffe states, George Zimmerman is not a racist. “He was just performing his duties as watch-captain.” He goes on to state that if Trayvon simply explained that his father's fiancee lived around the corner there would not have been a problem. Anyone one with a 3 digit IQ is going to ask, “What makes you think Trayon didn’t do just that and how would anything he said justify killing him?”

Zimmerman’s original call to 911 states that Trayvon “looked like he was up to no good,' that it was raining and he was just walking around looking about."

Zimmerman’s criminal record show he was arrested in 2005 for “resisting a police officer without violence” after an incident at a local bar. Another report shows that he and his ex-wife both filed for orders of protection from each other after some pushing and hitting.

Further investigation shows that Zimmerman hoped to one day become a police officer.

Millions of Americans are convinced that this is a racial-profiling case but I want to go a little deeper and bring-to-light another issue that has not been addressed…..

The Trayvon Martin case is a symptom of a trend that’s growing worse everyday. Some Neighborhood Associations and Neighborhood Watch Groups have, for years, taken their self-proclaimed authority to extremes. The police seem to endorse HOAs but when you hand this kind of authority over to any group of people it tends to go to their heads and their self-created laws and rules grows more extreme everyday. In essence you wind up with tiny governments and police forces that have no training, no experience in law or government deciding for everyone what is best for their community.

No one should have to explain what they’re doing while walking down a public street. Questioning anyone might be a normal issue in Zimmerman’s neighborhood but it's un-American. Our Federal, state and local governments HAVE to address this issue and set limits for these HOAs and Neighborhood Watch Groups.

Sanford Police chief, Bill Lee, stated publically that his involvement in this matter was overshadowing the process and he has decided to temporarily step down from his position.

Many people are calling for the termination of Bill Lee and stating that his temporary step-down is an insult to the black community.

Trayton’s family say the police are trying to cover up and took Zimmerman’s claim of self-defense at face value with no investigation.

Recently it was discovered that Zimmerman had a long history of phoning in minor incidences and uncalled-for suspicion.

The case has garnered enough public pressure, on and off the internet, to get President Obama’s attention who stated that when he thinks of this boy he thinks of his own kids and how imperative it is that we investigate every aspect of this case.