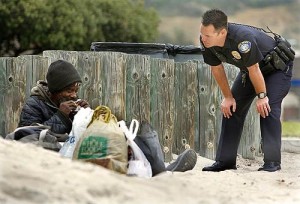 Let me first be clear that there are a lot of wonderful people in Pensacola, Florida who donate a whole lot of time, energy and money to the city’s social issues.

The problem is not the citizens of Pensacola. They have all come forward and attempted to work with the City Council who seem to be on a mission to represent their own appalling cruelty and it’s not all of council either: it’s just enough to control the city’s laws.

It was originally Mayor Hayward’s idea to steal the last remaining possessions of the city’s homeless. Lately the mayor has had a change of heart but Pensacola’s City Council has not.

Pensacola, FL has passed an illegal and abusive ordinance directly targeting the city’s homeless. It is now illegal in the city of Pensacola for the homeless to own a blanket. This is a blatant attack on the poor and you can help put an end to it… (Read More Here…)

Shortly after the original article was published other journalists around the country started picking up the story.

Word started spreading throughout social media and behind it were the same old echoing words; “This can’t be true.” When the readers went looking they found it was true and, in an outrage, began sharing the information.

The story made its a way to world famous author Anne Rice who also showed outrage and shared the petition on her own websites. In the meantime the number of signatures grew at an alarming rate and every resident in Pensacola took notice. 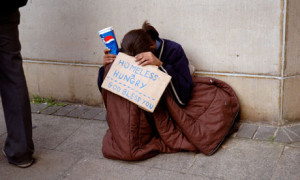 The pressure was, in turn, put on Pensacola’s political system and, on February 3, 2014 Councilwoman Sherri Myers sponsored a proposed amendment that would address the ordinance and remove the blanket-issue from Pensacola law.

The mayor, who wrote the original ordinance, sent out two press releases: one stating that he supported an amendment and the second explaining that he created a blanket drive for the homeless.

Everything looked great: I’ve read a lot of comments and talked to a lot of people and have not heard anyone supporting this dehumanizing law. At the point of Council’s vote the petition had 14,429 signatures and everyone paying attention was convinced this would be overturned.

On early Thursday evening February 13, 2014 city council was called into session where hundreds of community members with blankets draped across their shoulders came in and took their seats.

A BOYD FORUM is a part of a council meeting where the public is allowed to speak on any issue that’s NOT on council’s agenda. Being the amendment to change the blanket portion of the ordinance was not on tonight’s agenda several community leaders, including Alistair McKenzie, urged council to push the issue through tonight.

The motion to have it put on tonight’s agenda passed with a 6 to 1 vote and the crowd applauded. The community, which includes the homeless, now had even more hope.

When it was time vote on the amendment dozens spoke on behalf of the homeless and thanked council for getting this issue addressed. Some of the most heart-felt and passionate speeches I ever witnessed would come in this portion of the meeting. The passion in their words and in the crowd was thick and intense and frankly I don’t know how some of them kept from breaking down.

Council originally passed this ordinance with 6 yes votes and 3 no votes so it would be interesting to see who had a change of heart.

Then – to the horror of everyone in attendance, Pensacola City Council voted to not change anything. “▂▃▅▆ Motion Denied ▆▅▃▂”

Protests erupted in chambers until the crowd was silenced by Council President Jewel Cannada-Wynn. 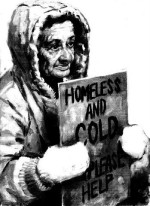 Pensacola City Council consists of 9 members. Two were not present: (P.C. Wu was out of town and caught in the current storm hitting the northeast and Megan B. Pratt was out of town on a business commitment) leaving 7.

To pass the motion would take 5 yes votes which would be the majority if all nine members were present and this issue brought a lot of angry exchanges AFTER the vote.

The city attorney was called-in to address the issue and pointed out the city charter which states the amendment has to have the majority of “the existing” city council to pass.

The ironic issue is: this wasn’t explained to anyone during the BOYD FORUM portion of the meeting so, when the meeting opened numerous people were nearly begging council to put it on tonight’s agenda. I believe, if they had known they needed 5 votes even though there were only 7 members present they would not have pushed so hard and would’ve asked for the vote at the next meeting when all 9 were present.

Councilman Gerald Wingate did ask the vote to be delayed and, when President Jewel Cannada-Wynn didn’t answer him he cracked a joke about a filibuster while she called for a vote.

It felt like the entire city was being toyed with, laughed at and abused right in front of our eyes and ears. Just as they were given so much hope the blankets were ripped off their backs and they were back to where they started.

Andy Terhaar - no
Brian Spencer -- no 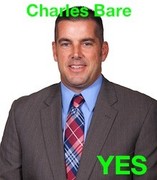 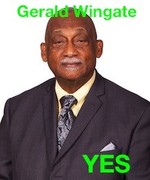 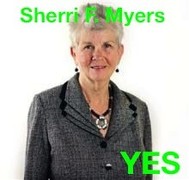 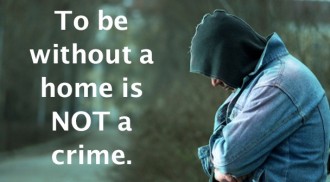 One cannot help but wonder how P.C. Wu and Megan B. Pratt would’ve voted if they were present and isn’t it AGAIN ironic that we only needed one of them (50%) to vote yes in-order to have the majority?

While the amendment was denied Pensacola went on to pass a motion to create a task force to study and report the issues of the homeless relative to other cities. This gave some people hope but you have to wonder how much hope can you put in a city who passed a law allowing the city to steal the only remaining possessions of the homeless. Many people throughout the night had pointed to the fact that this issue is very small and only one tiny fraction relative to all the other issues the homeless deal with. This is true but if your council cannot see that this is wrong…………. all I can say is, “Good luck with everything else.”

The truth is: Pensacola is making it so hard on the homeless that they’ll choose to leave and the city can be free of the problem. They are reflecting their own lack of morality while dictating their own corrupt belief that homelessness is the fault of the homeless, that people somehow want and choose to be without a home, that they’re lazy drug addicts which their society should not help. They are not us. They are not part of our community. We are “us.” They are “them.”

When someone has lost everything they owned and no one close to them will help it is the very definition and purpose of the community to reach out and be their family. This takes the residents, the business community, the legislators, law enforcement and the political system to work together as one and Pensacola has failed.

To take a blanket from a cold, human body that's already being kicked and dehumanized by society is about as criminal (CRIMINAL) and barbaric as you can be.

If you haven’t already – please share this article and the petition below with your friends and family and lets shine a global spotlight on Pensacola Florida. 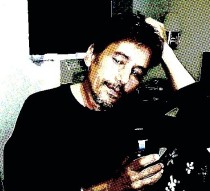