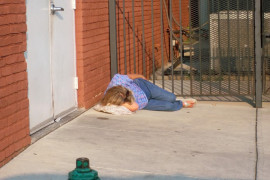 Pensacola, FL has passed an illegal and abusive ordinance directly targeting the city’s homeless. It is now unlawful in the city of Pensacola for the homeless to own a blanket. This is a blatant attack on the poor and you can help put an end to it…

This is not only a human rights violation – it’s illegal. But they get away with it because those in poverty have no voice, no power and no legal representation. Pensacola’s strategy of abuse is about to meet their match. 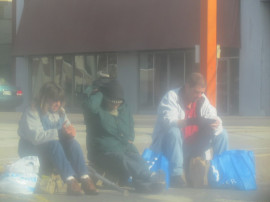 Years ago I exposed a similar strategy of homeless abuse in San Francisco. (San Francisco Shows Knoxville What NOT To Do Regarding Homelessness) Political leaders went on a full-tilt campaign to make homelessness so incredibly difficult in an attempt to force the homeless people to leave the city in hopes the problem would end. Law after law was passed which targeted the homeless: “No sitting on the sidewalks, dumpster diving, loitering in the parks, lying down on park benches, panhandling, or street performers.” The list continued until the homeless were being harassed and fined everywhere they went.

The result – Frisco got what they wanted. The homeless people left and went to Oakland, overwhelming Oakland’s resources to the point of the city's mayor calling for a State of Emergency and federal assistance.

I concluded that article by stating my biggest fear being “other American cities following Frisco’s heartless lead” and Pensacola, FL is doing just that. If we don’t stop Pensacola’s city council the result will be a drastic increase in Mobile AL’s and Panama City’s homeless population as well as more American cities following this shameful, un-American and illegal path until those without a home have no rights at all.

To use your power as a lawmaker to abuse the voiceless is a shameful embarrassment to your city, your state, your country and everything the American people fought and died for.

You can help give Pensacola’s homeless a voice by signing the following petition and awakening Pensacola’s mayor and City Council.

Stop the no blankets for the homeless ordinance! 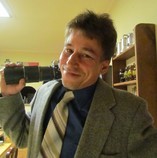