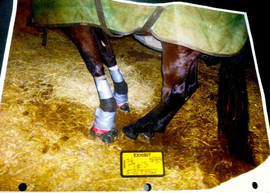 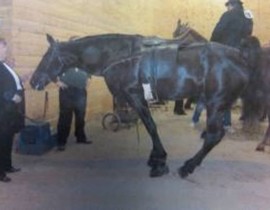 For an explanation of soring and a current status report on new legislation currently making its way through US Congress please scroll to the bottom of this article and click on the related links..

With the introduction of new legislation which would crack down on the TN Walking Horse industry (HR 1518) dozens of people who’ve spent the majority of their lives inside the industry are stepping up and testifying on the overwhelming amount of abuse and corruption in their own, chosen profession.

When a person first learns of this issue a common question is: How rampant is this? Are the people who have been caught “few and far between” or is this an everyday occurrence?

The question itself shows validity: In a day when congress seems to be wasting more time and money than ever, should we even bother with this issue?

The answer depends on who you ask. Those opposed to the new legislation would have you believe it’s rare, that they have the issue under control and there’s no need for further regulation.

Those attempting to clean up the industry say it’s wide spread but most hesitate to say EXACTLY how widespread and, while they’re busy agreeing with each other, most are failing to get the subject to the voter-base.

Both sides of the issue are preaching to the choir while the public is being left in the dark and the horses stand in constant agony. 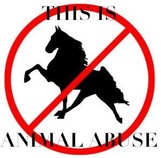 It is the general public you have to educate. Most citizens are not involved with this industry and only some are barely getting a glimpse of the inside. Depending on who the person crosses paths with on social media.. they’re either being fed a head full of lies or being handed a taste of the gruesome truth but to almost all of them you are speaking a foreign language and, either way – both cases are apt to turn away because of their disconnection with the industry and the simple fact that it's so depressing to deal with.

Unfortunately even some who support the legislation and are on the inside of the issue hesitate to say just how widespread the problem is and that, in itself, is a serious problem.

We set out to clear up this confusion and we’re coming to you today to assure you that nearly all (100%) of competitive TN Walking Horses are being severely abused. At this point the issue is so out of hand that one could say it’s best just to ban the entire industry. Although I want to say the industry can be saved, the sad truth is: that agenda will be impossible without public support and there's your gruesome truth.

One of the more captivating testimonies came from Barney Davis who was suspended for soring and pressure shoeing at the Mid-Season National Spotted Saddle Horse Show on July 31, 2010. In a no-nonsense way Mr. Davis cuts through all the grey areas and sheds light on the truth but the message is still not getting to the general public.

Barney Davis speaks with the media….