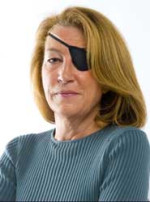 Marie Colvin Died For The Truth

Marie Colvin was a long-time American journalist from Long Island, New York. She specialized in war zone coverage in an effort to get the truth out to the world and to ultimately make a profound difference. 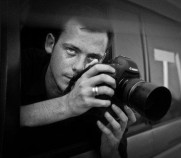 ﻿Wednesday morning, Marie and fellow journalist Remi Ochlik were killed in a rocket attack in the city of Homs, in Syria. Two other journalists: British photographer Paul Conroy and Edith Bouvier of France were wounded. Edith is said to be in serious condition

The violence in Homs has continued to escalate since the bloodshed began this time last year. Over the past few days it had reached it’s highest point to date and Marie was urged to leave, but she refused.

She was 56 when she died. Naturally she was known for her courage and her ability to get the story that no one else was willing to risk their life for.

As you may have noticed, the information coming out of Syria has been sporadic. It is due to no real journalists being able to enter the country in the midst of the chaos. Somehow, Marie and a few fellow journalists were able to sneak into Syria in an attempt to get the most accurate and in-depth story possible.﻿

All in the name of bringing the truth to the world: she died doing what she loved to do.

Marie’s mother, Rosemarie Colvin, said she was totally committed to what she did. Others interviewed agreed that she was an inspiration to all journalists and she'll forever be remembered for her courage.

Millions of people throughout the world understand that all we can do now is hope that Marie’s final story does make a difference.

Live Feed From Inside Syria