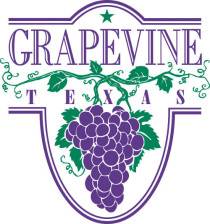 The Christmas Capital Of The World

Sgt. Robert Eberling announced to the public that autopsies are currently being done and, when they’re conclusive, the victim’s identities will be released.

Someone on the scene managed to call 911 at 11:30AM on Sunday but there was no response on the other end. Police traced the call and, when they arrived, they could only describe the crime scene as “horrible and gruesome.”

Grapevine mayor, Will Tate, stated to the media, "This is obviously a terrible tragedy. The fact that it happened on Christmas makes it even more tragic. This appears to be a family situation and anyone who has a family will be incredibly saddened by what happened."

Two pistols were found on the scene and police say that it appears the victims were killed right after opening gifts.

It has been reported there are signs of forced entry and that the man was dressed as Santa Claus. Neither of those rumors have been confirmed and the investigation is still open and ongoing.

Grapevine is a middle-class suburb known as “The Christmas Capital of Texas.”