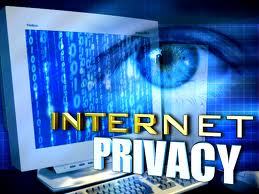 The right of the people to be secure in their persons, houses, papers, and effects, against unreasonable searches and seizures, shall not be violated, and no Warrants shall issue, but upon probable cause, supported by Oath or affirmation, and particularly describing the place to be searched, and the persons or things to be seized.

The "public outrage" stopped SOPA and then the story became old news and was no longer in the media.... This decline in media attention is being used as an opportunity to slip bills through the cracks that are even worse than SOPA but, even when it is written about, most of the public is passing it by as “yesterday’s news.”

H.R.1981 was first introduced in May 2011 with the intent to stop online child pornography. Officially subtitled – “To amend title 18, United States Code, with respect to child pornography and child exploitation offenses.”

When someone is arrested with "due cause" or warrant they lose their privacy rights and the door is opened for investigators to invade every aspect of their existence. In essence, this bill treats everyone as if they’re guilty and puts them under investigation without warrant or proper cause. Your right to privacy is removed and your existence is invaded whether you did or did not do anything wrong.

Picture it as a camera watching your every Internet move. Everything you've done on the net for the past year will be right there in black & white. The main problem with the bill is - this technology can be abused.

Furthermore – in the case of your information falling into the wrong hands and being misused or in the case of false arrest, you have no legal recourse.

Most people would like to stop child porn but what price are we willing to pay to do this? Are you prepared to give up your privacy and constitutional rights? Do you accept being treated like a child pornographer, being assumed guilty, being watched and analyzed by a stranger? What if this stranger doesn’t like you or what if they misinterpret what you’re doing on the Internet? What if you’re black and the person watching you is prejudice? What if they don’t like your church or your music? What if you’re a photographer in Syria or Iraq? What if you’re creating art that’s controversial?

Not only would those people be risking prison, all of us would be denied the information they were offering the world - resulting in a wide open door for censorship.