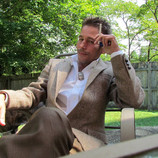 Let me first make clear that I’m not a conspiracy theorist. I don’t believe that any group of politicians, community leaders and scientists get together and decide to hurt any group of people. To believe that is irrational paranoia in an attempt to find an enemy or, someone to blame for the issues they-themselves created…. Yet.. that almost-common irrational paranoia may-well be a symptom of another issue altogether… along the same lines as: decreasing parental responsibility, lack of patience, lack of tolerance, drug use, alcohol consumption and demand for violent entertainment.

What Is Causing The Decline Of Moral Values In America?

There’s adequate proof that violence in America has been growing steadily for a number of years and many people have many different theories for the rise. Some blame the media, some blame video games, some – the TV, some – movies, and the list goes on and on…. I believe we are blaming the symptoms of a much greater problem. The companies producing violent products and services are filling a public demand. The demand for violence comes before the product…. But why is there a demand?

Wealthy communities and people have far more access to violent entertainment than those living in poverty… yet there’s far less violence in upper income neighborhoods and there’s far less demand for those products. Wealthy people are also the biggest consumers of our media and are far more exposed to real-life violence contributed by journalists and photographers around the globe.

With the obvious spike in violent crime beginning in the spring of 1970 and rising ever since… many people have associated the time with increased drug use… yet… not all violent criminals do drugs or even drink. Others do a mass amount of hardcore drugs and never lift a violent finger. Again – I believe we are blaming a symptom of the real problem.

I’m all but certain we are dealing with an increasing neurological disorder spreading throughout the American culture, and, with the help of some wonderful people and friends, I believe I'm close to exposing "the REAL problem."

The Connection To Water

They began putting fluoride in drinking water in 1945. In the spring of 1970 (25 years later) the American violent crime rate went from "being steady" to absolutely going through the roof, and - since 1970 it has increased each year. (The average age of the extremely violent criminal in 1970 was - age 25).

The rise in crime made little sense: The media's coverage of the Vietnam War didn't influence the young people to want to kill, we didn’t have video games, parental standards didn't drastically decline, TV didn't suddenly get extremely violent..... yet... we went from a relatively "normal society" to "a very dangerous and violent society."

Neurons are responsible for the patterns in which your brain cells fire. These patterns send signals to parts of your body to take action and which action to take.

Because no "one thing" has explained the continual rise of violent crime since 1970.... I am convinced that there's some type of neurological disorder... which would make an other-wise normal young man decide to commit rape, or murder, etc.... but.... whatever was causing the disorder would have to be exposed to the vast majority of the country.

While it’s very true that each drug effects each person’s brain chemistry quite differently, and is why each person should be carefully monitored by a doctor to prescribe the correct dosage… it should be noted that fluoride IS a drug (it is a medication which effects the neuron receptors in your brain and changes the brain chemistry). It is a neurotoxin poison. (Read the warning label on your toothpaste). 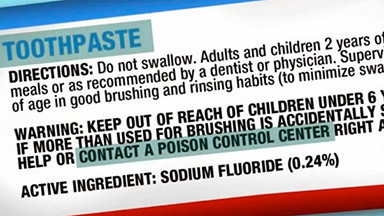 Fluoride is beneficial for teeth - there's a ton of adequate proof that fluoride fights tooth decay but, once swallowed it is absolutely useless for teeth - it is meant to be applied to the surface of the teeth and nothing else, yet here we are are drinking it and putting a poisonous neurotoxin directly into our bloodstream.

I don’t believe they began putting fluoride in drinking water with bad intentions. On the contrary I believe they had 100% good intentions with the objective to fight tooth decay. I am absolutely certain they did not have enough information and did not do enough research on the long term side effects of this drug.

I really want to stress that fluoride is a neurotoxin drug and once in the bloodstream IT DOES effect brain chemistry.

It's like putting Prozac in our water because some people get very depressed. Is it going to help some people with depression? Perhaps… but I believe the potential side effects on most people would be devastating to our society.

Can it create a neurological disorder that makes people violent? Can it create a high demand and addiction to violence? Can it take an entire society and change the way it thinks?

I’m not sure if I’m the first person who has made this possible association. I am sure that my theory is perfectly valid and there’s a strong possibility that I hit the nail on the head… yet I don’t know of any scientific studies being done on the associate of long time fluoride consumption and violence.

I’m a journalist. I’m not a scientist or neurologist. My intentions are to plant the seed in the minds of the American people in the hope that we can pressure the political system and the science community into doing more research on this subject.

Iceland - the most peaceful, non-violent place on Earth... has all exposure to our American media, video games, movies, TV, drugs, etc........ does not put fluoride in their water. - And, on average, Icelanders have better teeth than Americans.

Back to Home Page