Home is Where the Heart is - Jesse Ray Jordan 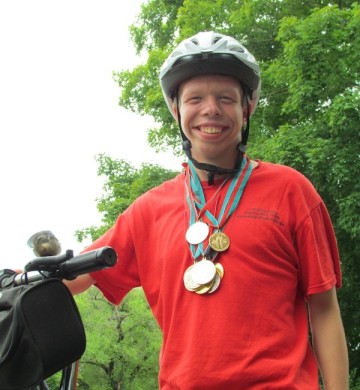 Our hope, with this article, is to get you to step back from yourself, to think and to put things in perspective. Sometimes, we get so wrapped up in our own lives, we miss the true treasures of our communities. Sometimes, we lose perspective and it takes awhile to get a grip on what’s truly important.

We have one of the most beautiful parks in the country; we have sidewalks throughout the residential areas; we have the cleanest water in the state; we have one of the best beer selections in the South; we have Norris Day - and we have Jesse Ray Jordan. What’s more is this: Jess has a community where his differences are accepted, where he’s loved and appreciated, and THAT is certainly worth bragging about!

Most people in the town of Norris, know Jesse Ray Jordan (better known as ‘Jesse’ who prefers to be called ‘Jess’), but there are some things about him you may never have imagined…

Did you know he’s a gold-medal athlete in basketball and track and field? But wait….there’s more… In the coming years; if, God forbid, your house catches fire, did you know it’s going to be Jess coming to your rescue? And this is just the beginning...

The key to Jess’ athletic success is the fact that he’s been blessed with the ability to run very fast. For years, he has taken part in The Special Olympics of Greater Knoxville and has gone all the way to, and won, the state championships. He’s the proud owner of dozens of gold, silver, and bronze medals; but, the best part about his success is all the stories he’s accumulated throughout the years of competition. He’ll be competing once again in the 2013 games and everyone is welcome to attend and cheer him on. The Norris Bulletin will be publishing a schedule of events as soon as the dates are official.

Jess is also a recognized ‘Jr. Volunteer Fire-Fighter Trainee’ who is often called into the station to help out. He’s been working there almost a year and, although, no one is allowed to go on fire-calls until they’re 21, he plays a vital role at the station and strives to make ‘fighter-fighting’ his chosen career.

He’s not one to brag about his accomplishments. If you ask him, he’ll be happy to tell you, but he’s more apt to greet you with a warm, friendly smile, ask you how your day is going and make sure you’re OK. For these reasons, only a handful of people know about his accomplishments, but - when speaking about the medals and his career path - you’ll notice a deep-seated pride and a confidence few of us possess.

He was born in Oak Ridge, TN but, because his father is a high-demand engineer, Jess’ family has lived in many places. He moved to Norris about two years ago with his stepmother, his father and his younger brother (Trevor) and, without hesitation, he’ll proudly tell you that Norris is, by far, his favorite.

When speaking about Norris Day, Jess lights up and is happy to tell you it’s his favorite time of the year. During the events, he can be found behind the scenes and working hard to keep the community entertained, fed, safe, and happy.

On July 27, Jess had a front row seat for the fireworks show. His active involvement with the fire department allowed him to take part in the fireworks show, which simply would not have been as successful without him. Well into August, people are still talking about how great it was - especially the grand finale - and when Jess talks about it, you’ll witness, once again, his big, proud smile.

A Class of 2010 graduate of Anderson County High School, he’s still considering college in Clinton but, right now, the issue is currently up in the air.

One of Jess’ trademarks is his scooter. It’s never far from him and, thanks to great community planning and our sidewalk system, it allows him to get around town faster and easier than most people.

Not one to stay at home watching TV or being on the computer, he prefers to be out in the community amongst the people. Jess’ favorite hangouts are: Hensley Happenings, Norris Public Safety, and Archer’s, where he’s treated like royalty and spends a lot of time greeting the customers and making sure everyone has a friend and can find what they need.

Jess has been diagnosed with Williams-Beuren Syndrome: a rare condition caused by missing genes. There are many unfair symptoms of the illness and no known cure. The biggest issue, for Jess, is that he has to be careful with his calcium intake. At a young age, he struggled with calcium deposits and is on medication for kidney-issues and hyperthyroidism; but, there's wonderful news: according to Children’s Hospital in Knoxville, Jess’s health problems have been getting better with each new year.

With all he has on his plate, you’d think he’d be stressed out and unhappy, but the situation is the opposite: he loves his life and his community. He’s proud to share that smile and the community is proud he’s a part of us.

They say each of us has a story - a book worth publication. While I believe that, I’m also certain some of those books are more inspiring than others….some reflect the strength of the community and the incredible, deep-seated spirit of human nature.

We (you and I) go through our lives worrying about the bills, worrying about our jobs, worrying about our children, our insurance, and many other issues. We live in the most complicated, stressful time in human history, and - at the end of each day - we stop at Archer’s or Hensley’s or the Post Office and Jess is there with his smile, patting us on the back, and letting us know everything is going to be OK. We need this and Norris recognizes what he’s offering. We not only accept his difference, we reward it and we’re grateful for it; we understand the courage involved and we’re proud to call him our friend. How could anyone be more valuable to a community?

A few days ago we posted a prelude to this article on the Norris Bulletin Facebook page and the new ‘like page’ with Jess’ picture. The response has been incredible. The ‘likes’ and comments have seemingly grown by the hour. Here are a few...

“You wear those medals with pride, Jesse. Love ya.” - Virginia Miceli

“Jess is a friend to all and a remarkable young man!” - Cynthia Hattier Lewis

“Have had the privilege of meeting Jess many times while subbing at ACHS. Love him. If everyone were as friendly and caring as Jess this world would be an amazing place.” - Heather Wilson Kiser

“My daughter and I talked to him at Archers one day, he offered to help with our groceries. Very sweet young man!” - Pamela Mozingo

“He really is a prince of a fellow, Pam! Norris is lucky to have him!” - Eric Paquette

“I believe it! A gift from God!” - Pamela Mozingo

“Jess, I miss the good times when I coached football and you would come down on the sidelines and help me call plays, I hope you still got those arm bands with our plays on them from our UNDEFEATED CHAMPIONSHIP SEASON!!!” - Ira Coleman, Jr.

“Absolutely adore this young man and have since the first day I met him. He is such a sweetheart! Love you Jess!” - Melissa Mozingo Sanders 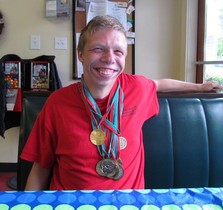 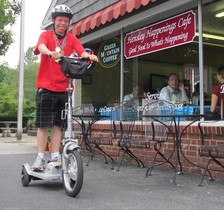