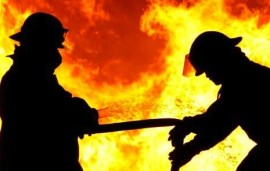 The community will need a few weeks to get back to normal but Police have arrested the man believed to be responsible for over 50 Hollywood fires in 4 days.

Harry Burkhart, 24, a Hollywood resident, was arrested on Monday on suspicion but police are now certain they have their man. Burkhart is believed to be a German national involved in a heated immigration dispute with the federal government over the status of his mother.

The fires did more the 3 million dollars in damage and took the community hostage for nearly a week. Hollywood will remain on high alert until after the hearing process on Wednesday.