To get yourself acquainted with the current legal and political status of the TN Walking Horse issue along with a detailed explanation of horse soring please scroll to the bottom of this article and click on the links. 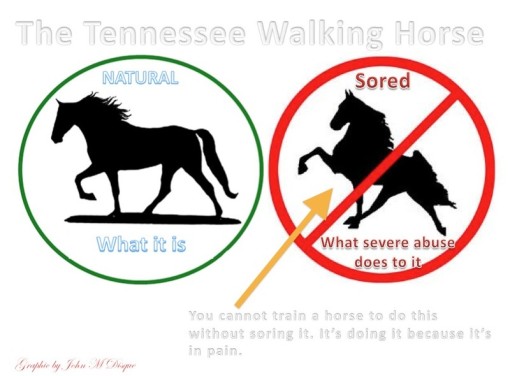 The competitive Walking Horse industry began in 1935 and, since that time, they have been torturing the horses but it wasn’t until 1956 (21 years later) that journalist Alice Higgins brought it to public attention.

Mrs. Higgins of Sports Illustrated was clearly the original warrior but, unfortunately, most of SI’s readers blew her off as a liberal nutcase. Many said her articles didn’t belong in the publication, threatened to cancel subscriptions and blasted Sports Illustrated for lying and catering to liberals.

Readership and advertising in SI declined but it didn’t stop Alice or Sports Illustrated from continuing.

Some people were paying attention: The college crowd was reading intently and wasn’t about to join the masses. Auburn University and Virginia Federation of Humane Societies began their own detailed investigation in 1960 and their findings got the attention of every law maker and animal lover in the country. In 1966 the investigation concluded… 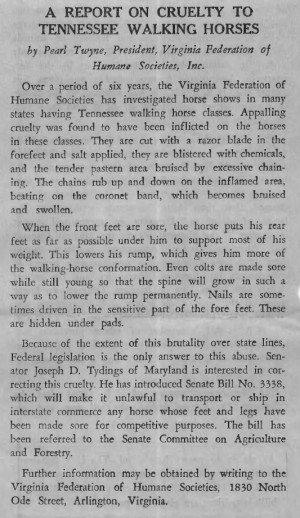 The issue spread through every university in the country and, during the late 60s, dozens of newspapers came on board.

The industry was feeling the heat and the US Congress began working on “The Horse Protection Act” a bill that focused strictly on the issue of soring but ultimately left so many loopholes and slaps on the wrists for offenders that it attracted more abuse to the industry.

In 1970 the HPA passed and was written into US federal law. Since that time (43 years) many hundreds of publications, including national TV media, have screamed about the failure of this bill, which, inconceivably, left a corrupt, inhumane industry to regulate and police itself. 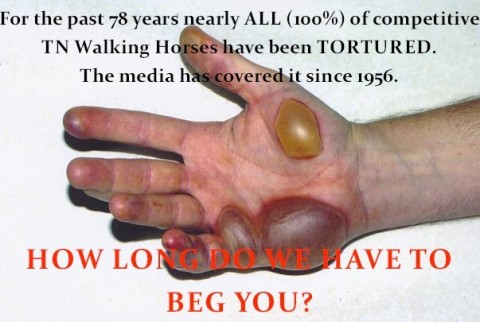 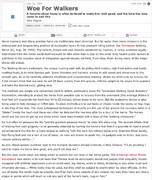 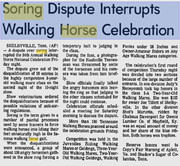 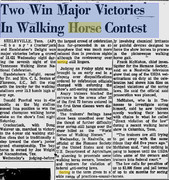 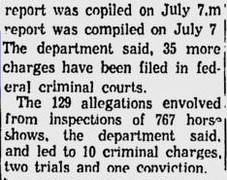 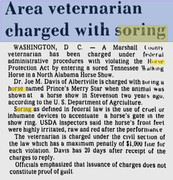 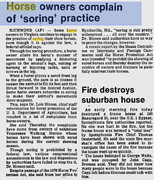 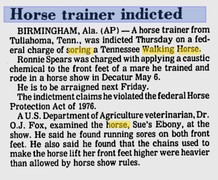 Other than the Horse Protection Act of 1970 - in no time in American History has the law put the enforcement of the law into the hands of the violator of the law.

Since 1970 (for 43 years), until 2013, nothing was done and the abuse continued to the point that it was obvious to the public that the horses were crippled and in severe pain. Today the industry is known as “The Greatest Freak-show On Earth”

Finally, in the spring of 2013 – Kentucky Republican Rep. Ed Whitfield began working on a reform that would address the failure of the HPA and give hope to the voiceless.

New legislation would basically amend a bill that was written in 1970 (The Horse Protection Act). It would close the loopholes in the bill and put more unbiased oversight on the shows and competitions. It would also stiffen penalties on violators and make the current torture of these beautiful animals virtually impossible to get away with.

In the age of fashionable “media bashing” you cannot blame the media for not attempting to inform the public on the abuse and corruption within The TN Walking Horse industry.

Over the years there have been thousands of articles written in all sorts of publications from the smallest town paper to worldwide TV News.

Of the people who stumbled onto these reports, while most love animals – most don’t own horses so there’s alienation already in place. They might care and be quick to say it’s horrible but they’re left with the assumption that there’s nothing they can do and they feel it’s an issue that horse owners will have to handle.

Making matters even worse - inside of the culture of horse-ownership is a language the general public is not familiar-with. Words such as: equine, lick, sore, canter, broodmare, foal, gelding, rogue and yearling are not in their everyday vocabulary and it leaves the public even further ostracized. The result is what I call “The Ethiopia Clause:” “Well, that’s horrible and I care but we have starving children in this country” or “The horses being abused is a dreadful problem but I’m a dog person and need to spend my energy on stopping the puppymills.” The end assumption is: it’s up to "the horse people" to end the abuse.

If you get down into the roots of the issue you will find groups of people who are either for or against new legislation to end the abuse. Both groups are preaching to the choir and alienating the public when the key to getting the new legislation passed is to get the public familiar with the issue and taking action.

I am convinced that horse soring and all the other abuse and corruption has continued and progressed for this long because they failed to get this essential ingredient (public support).

Our reader base is not filled with people who own horses. We are again attempting to reach the general public and assure you that you don’t have to be an expert on horses to make a difference. As the legislation gets closer to a congressional vote all we’re asking you to do is contact your member of the House of Representatives and your two members of the US Senate. Ask them to support HR 1518 / S 1406 or The PAST Act. (Prevent All Soring Tactics)

Find your US Rep

Find your two US Senators

Outside endorsements of The PAST Act 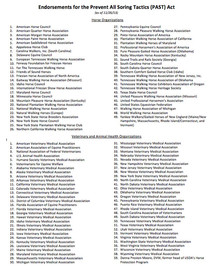 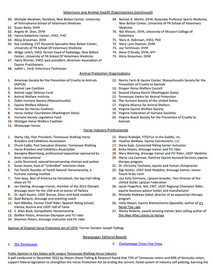 There are hundreds of blogs, newspapers, social media groups, websites and everyday people dedicated to reaching you and stopping the torture. 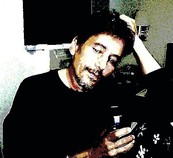