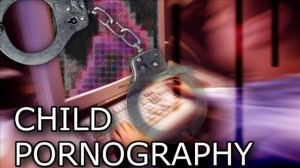 Jacqueline Fuller is the director of Google Giving and has recently stated in Google’s blog that more can be done. She agrees that some information shouldn’t be shared and if the company can help end and prosecute child pornographers they will.

In the past Google has taken some steps to make child-porn more difficult to list and find but it hasn’t slowed down the industry and today it’s bigger than it ever was.

Five million dollars will go to removing the pictures and videos from the web along with creation and partnering with child protection groups who have agreed to work with Google. The groups include: the National Center for Missing and Exploited Children and the Internet Watch Foundation.

Two million will be spent on finding and reporting the images.

In 2006 Google joined forces with Microsoft, Time Warner and many other companies to create the Technology Coalition. The group’s soul purpose focuses on child abuse on the web. They donate hardware and software to different groups around the world who are dedicated to the cause of stopping child abuse but the industry is growing faster then the coalition can slow it down.

Since 2008 Google has been tagging images allowing them to find the images every time they show up on different websites. This technology called, “finger printing” allows tech-pros to find the original pornographer as well as everyone who downloaded the images and re-shared them in other places. It also blocks those websites from being listed on Google’s search engine.