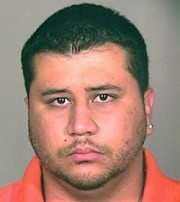 George Zimmerman was charged with 2nd degree murder and was freed on bond April 23, 2012 while he awaited his trial.

Today (6/1/2012) a judge has determined that Zimmerman and his wife attempted to deceive the court during the bond trial.

Florida State Prosecutors had filed a motion to revoke Zimmerman’s bond for two reasons: Two weeks after the incident that determined Trayvon Martin’s death, Zimmerman applied for, and ultimate obtained, a passport. This information was not disclosed during the bond hearing. The other charge is that he and his wife (Sheila Zimmerman) blatantly lied about their finances during the hearing and on the paperwork.

The judge has granted him 48 hours to surrender himself. If he does not do so he will be declared a wanted fugitive.