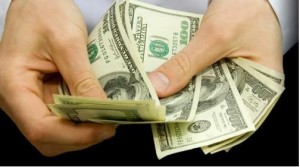 It depends what you’re selling or promoting, how well you and Facebook can target the potential customers and how you define “work.”

If you could have a million friends on a regular page you could pretty much sell anything you want and you could bypass paying Facebook altogether – Ultimately you’d become your own Facebook – screwing them out of money.

So there you are with a new “like page” that no one knows anything about. Your next step is to create an ad and figure out who you want Facebook to target the ad to.

If you’re selling baseball memorabilia you naturally want Facebook to find people who list baseball as their interest and/or people who talk about baseball on their walls.

They use the same technology that Google and all the search engines use. They crawl all the pages with bots “short for robots” but aren’t literally robots. In the early days of the net they were called “spiders” and they scan all the pages to pick up keywords on your wall.

Contrary to popular belief – Facebook wants you to be very detailed with your interests so they know which ads to put on your page. They do not sell your information to the IRS and there's no government agent sitting behind their desk wondering how much your collection of Donny Osmond albums is worth. 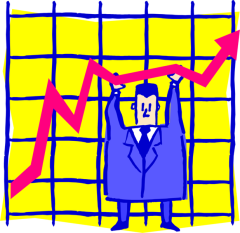 Your like-page is created, your ad is created – now it’s time to shell out some money so Facebook goes through their 1 billion users to see who your potential customers are.

My first ad was created on my “Quit Smoking With Us” page but I had a problem – No one lists “smoking” as their interests and few talk about smoking on their walls or joins smoking-groups if there is such a thing.

When I launched it I told them to go ahead and market everyone – in this case they said they could narrow it down to about 140,000,000 people so my thought process was: everyone knows someone who is trying to or wants-to quit smoking. They’ll join and share it right? – Nope.

There were other problems – I wasn’t selling anything. It’s just a support group for people to help each other through the horrors of quitting. – Like an AA for smokers. Then there was the fact that I was just testing the water and wasn’t willing to spend a lot of money learning if I should run an ad-campaign for my other businesses.

When my ten-dollars expired after 24 hours I wasn’t ecstatic with the results. It only bought me 50 new likes but I could easily see what the main problem was and wasn’t willing to give up. Any ad that wasn’t directed straight to a smoker was just wasted money.

Ultimately, when advertising on social media – the general rule is: the more you can define and narrow down your potential customers the more successful you’ll be with the results. If you just wrote, and are ready to market, your new mystery novel - you don’t want to tell the media site to market your campaign to “people who read.” You want to target “people who read mystery novels.”

When my ad-budget for “Quit Smoking with Us” reached its end I started another page…. something I’ve been thinking about for many years – “American Photographers Union.” This one was a whole new ballgame. It was simple to narrow down the customers who list photography as their interest; people who join photography groups and talk about photography on their pages or upload a lot of photos and who also live in America.

FB narrowed the market down to about 60,000 people and the people began coming in and taking part in the discussions from the moment the campaign was launched.

Since then the page has graduated to a website under construction offering membership for legal representation/protection by the best copyright and cause-lawyers in their area. They'll receive an official membership & badge; a direct phone number to contact us; free consultation; discounts on photography equipment; job leads; private links to little-known tricks of the trade; sponsor leads; network invites; private parties; picture, video and movie contests; website promotion.............. and a whole lot more. 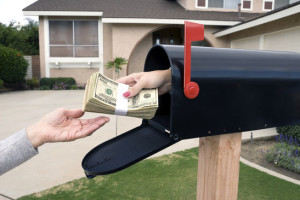 One out of two isn’t bad and I learned a lot in a mere 48 hours for a small amount of money.

Yes – social media advertising works but…. there has to be a definable, targetable demand. That combined with the age-old fact that – success takes money and you have to be willing to spend it.

What happens when you don’t advertise? Nothing happens – nothing at all.