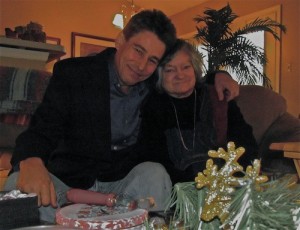 Crossroad (The Calling Of My Homeless People)

I never really intended to be known as “The Guy Who Helps Homeless People.” I write and take pictures of many different things, people and events but lately, when people come to me, homelessness is what they want to talk about. Somehow, some way, and with some people I've managed to open this door.

All that is wonderful. Many people keep their stories hidden from the public their whole lives. It’s embarrassing. No one wants to admit to failure and everyone wants to be known as “The Winner.” It’s imperative that we keep this open dialog. We have to find a way to put the embarrassment aside for our communities and for our fellow human beings.

East TN News started under a whole different name and idea and eventually evolved into a news publication covering almost every local news issue except sports and weather. Now society seems to be telling me to forget all that and go back to focusing on homelessness and poverty.

﻿The following words may be a bit blatant but I’m not here to bullshit anyone. The problem is: unless you’re ripping people off – there’s no money in it. I have to eat too. If I started a publication that only focused on social issues very few companies would spend the money to advertise with us. Most do not want their name associated with things that are so controversial, depressing and ugly unless the issue is already the main focus of the company or organization.﻿

Another problem is: When you spend 24 hours a day focusing on an issue like homelessness, it will drain you. There are very, very thick political and business walls that have to be penetrated and, until you have some kind of political influence, you are not going to make much of a dent in the issue.

﻿I have written extensively about other communities around the U.S. and studied their problems in an attempt to relate them to East TN’s problems. The trip I took to Hawaii seemed to convince people that I was a national advocate. I went there on vacation and wound up gravitating-to and shining a light on, their homeless problem. It’s everywhere. In Oahu you literally cannot walk one block without passing at least a dozen homeless people. I couldn’t and didn’t want to ignore it. When I came home and put it all together it sealed some kind of deal in people’s minds. The articles and videos posted to the East TN News website have opened some doors for discussion of the issue in other places. I have since been invited to The Florida Keys, Savannah, Georgia and back to Hawaii to study, write about and photograph their successes and failures.﻿

﻿Some of you know why the subject is so close to my heart, but I’ll only say that you never fully grasp the issue until you experience it for yourself firsthand. The experts on homelessness are the homeless but most of society sees it completely backward and the common thought is: “If that were true they wouldn’t be homeless.” It’s nothing short of wrong. There are a myriad reasons for homelessness. Each person on the streets has their own individual story and reasoning for their situation.﻿

﻿With this thought, there are many people in the field attempting to tackle an issue they know nothing about. Their hearts may be in the right place and that’s wonderful, but you have the equivalent of a truck driver attempting brain surgery: the blind leading “the desperate” straight back into the hands of failure.﻿

At this point I have an unknown amount of political and business influence. I can tell you – if you’re hurting innocent people, I’m going to do my best to expose you in an attempt to convey what other communities should avoid. If you’re trying to help and aren’t quite sure what to do - I can help you and your community but only if and when I have that political influence.

In a perfect world you could take one community, show them a plan and every single person in the community agrees and implements a solution.  THAT is virtually impossible. Every person reading this has different experiences with the problem and many of us have none. Each of us sees the situation in a different way therefore we will have a different opinions and different solutions.

The issue above is the main stumbling block and this is why you have to have political influence. I will never get every member in your community to see the truth but I may be able to get your governor, mayor and city council to see things in a brand new, hope-filled and proven way.

On November 13, 2011 I don’t know the exact path my life will take me. I know I have to be careful. I know I want to put all my eggs in one basket. I know I want to dedicate my life to the one issue. I know there’s a chance, with the right help and influence, we can make a lasting and profound difference. I also know that I’m too old to fail again.﻿