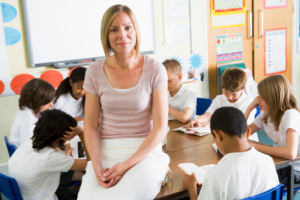 Reports released to the public by the New York City Education Department on 18,000 teacher rankings are causing quite an uproar.

Coming into play is the Freedom Of Information Act versus privacy rights, public humiliation, main purpose, accuracy and error margins of the report.

The report ranks teachers on student-gains in math and English exams over a five-year period and up until the 2009-2010 school year.

The reason it has taken this long to release the results is because it’s been through a long, costly, legal battle set forth by The United Federation of Teachers in an attempt to keep the results out of the media.

Before your red flags rise, there are some good reasons the teachers and the districts didn’t want the information made public.

The assessments are made using a mathematical formula. The past performance of the student is determined and entered into a computer program. The program predicts the future performance of the child and, if the child does better than predicted, the teacher receives a high ranking. If the student does worse than predicted, the teacher gets a low ranking.

A good example of why the study is controversial would be “the ceiling factor:” If a teacher scored “high” in their first year it would be virtually impossible to improve on the ranking for the following years which would show no progress. Another good example is a student that changes schools at midyear or has numerous teachers in the same year. Parental involvement, location of the school, teacher transfers, morale, school reputation, quality of the principal, tutors, illnesses, outside distractions, teacher-retirements, terminations and promotions also leave the results very questionable. Twenty three percent of the teachers ranked no longer work in the school system at all. Other critics of the report say there are just blatant mistakes on it. One teacher even received a ranking while she was on maternity leave. Others are being ranked on math when they’re English teachers and vice versa.

City education officials stated that it’s not wise to judge a teacher on this report alone. Douglas N. Harris (an economist at the University of Wisconsin) stated “Releasing the data to the public at this point strikes me as: at best - unwise, at worst - absurd.”

A typical New York City teacher ranking would show: 5% low, 20% below average, 50% average, 20% above average and 5% high. 521 teachers were ranked in the bottom 5 percent for two or more years, and 696 were repeatedly in the top 5 percent.

The New York City Education Department acknowledges the problems and questionable aspects of the report. In the same breath they defend and uphold it.

The ranking system is not unique to New York City. For many years it has been used in cities across America and some of the bigger media outlets have developed their own ranking systems. The effort is a way to get a better, unbiased view than the single evaluation of a school Principle.

Is it fair? Can it be used as another way for parents to point their finger at teachers for some of the issues they should be taking responsibility for? With the math-score error margin at as much as 35 points and the English-score error margin at 53 points, it’s probably not a good idea to put too much stock in it. Although it could be used as a good base to work out problems, highlight concerns and get the study down to a more scientific and reliable system.

Once all legal options to keep the study from going public were exhausted, it was given to the media via CDs on February 24, 2012 and can be found at SchoolBook.