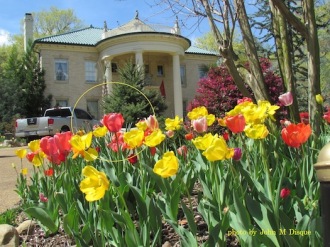 For many years pharmaceutical companies and researchers have developed drugs to prevent abnormal protein aggregation that causes Parkinson’s. Up to this point nothing attempted was successful.

By using animal models, David Geffen at the School of Medicine at UCLA discovered that CLRO1 prevented and broke up synuclein aggregates that cause and progress the disease.

Jeff Bronstein (UCLA professor of neurology) and an associate professor named Gal Bitan reported that the development of a novel compound known as a "molecular tweezer," blocked α-synuclein aggregates responsible for Parkinson’s.

The research was funded by grass-roots organizations throughout the community.

Most experts, scientists, doctors and people suffering from the disease agree that the breakthrough is very promising.

It’s not the be-all and end-all. It’s a new beginning and there is new hope. We are now very close to finding a cure for something that so-unfairly affects so many.

April 11 is National Parkinson’s Disease Day. That’s the birth date of James Parkinson who was the first to research and write about the disease.  A red tulip was chosen to represent your support and hope. Please help us raise awareness.

*This article will be updated… throughout the next several days.