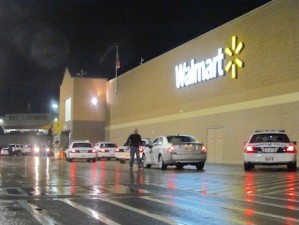 Baby Dies in Missouri After Drinking Baby Formula From Wal-Mart

A customer bought some baby formula at a Lebanon, Missouri Wal-Mart and the result was: the death of a 10-day old baby. The death was caused by a bacterial infection and an investigation began shortly afterward.

Enfamil, made by Mead Johnson Nutrition Products, is the product in question. The lot number is ZP1K7G.

To confirm the death and to see exactly which ingredient caused the fatality, authorities are currently running tests on the formula. In the meantime Wal-Mart has pulled the product from all shelves and has made a public announcement.

Dianna Gee, a Wal-Mart spokeswoman, stated, "We extend our deepest condolences to this baby boy's family as they try to come to grips with their loss. As soon as we heard what happened, we immediately reached out to the manufacturer of the formula and to the Department of Health and Senior Services to provide any information we may have to help with the investigation."