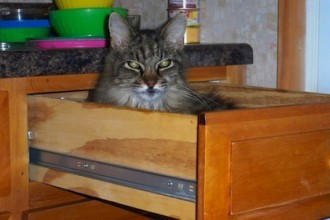 The Humane Society of The United States (HSUS) is getting some very harsh opposition.

While doing a search for local Animal Rights issues I came across Wayne Pacelle's (President of The Humane Society) blog.

I was taken back by the fact that Wayne spends a lot of energy defending himself and the Humane Society from recent attacks by an opposing group (CCF).

I began searching, and they were easy to find: CCF is "The Center For Consumer Freedom."

CCF breaks down into many separate organizations focused on specific targets. The .org getting all the highlights and headlines is HumaneWatch.org.

Humane Watch has recently posted 5 simultaneous billboards at Times Square in an attempt to promote their website and expose HSUS.

Their website states: "HumaneWatch.org (keeping a watchful eye on Humane Society)". Their mission reads: "The sooner every American understands what HSUS really is (and what it isn't), the sooner the tens of millions of dollars HSUS collects annually can be redirected to the struggling shelters that most need that funding." Humane Watch states: "HSUS doesn't operate a single shelter for dogs and cats. Most Americans think HSUS is a pet-shelter umbrella group whose money goes mostly to community-based dog and cat shelters. HSUS gives less than 1% of their money to pet shelters."

Humane Watch pledged (8 months ago) that they would shut down their own organization (Humane Watch) if HSUS president Wayne Pacelle would promise to share just 50 percent of his budget with hands-on pet shelters. "We're still eager to follow through on that pledge, but all we've heard from Pacelle is the sound of crickets." Humane Watch has now vowed to increase their campaign with more high-profile ads.

The first question is: If this is fact, what EXACTLY does HSUS do and what is Humane Watch saying they do with all the money?

On returning to HSUS's website. I started reading more of Pacelle's blog. Pacelle states that they're under attack because they do too much. "The last thing they want is an organization like HSUS with a strong public reputation, the courage to confront cruelty, and the campaigning tools to match." He goes further to state that the attacks by Humane Watch started two years ago and they've been at it ever since. Pacelle claims the people hiding behind these websites are attempting to smear HSUS to see that animal abusers don't run into any interference from them but, ultimately, they're failing because 2010 was a great year.

Pacelle says the key is to get to the bottom of where they stand and proclaims: "Humane Watch defends chaining of elephants in circuses, confinement of mother dogs in small cages on puppy mills, the near-immobilization of some animals on factory farms, the clubbing and shooting of baby seals, and just about every form of abuse you can imagine. The man at the center of the scam is Rick Berman, a man who runs a network of so-called "nonprofit" organizations but lives in a multi-million dollar mansion and drives a Bentley to work. One year, Berman paid himself and his for-profit PR and lobbying firm more than 92 percent of all of CCF's tax-exempt revenue. 60 Minutes labeled him "Dr. Evil," and his own son wrote online "[M]y father is a despicable man. My father is a sort of human molester. An exploiter. A scoundrel." (http://www.prwatch.org/node/8168)

It's fair to say that most Americans think the Humane Society of the United States does nothing but give money to the animal shelters when the reality is: they crack down on puppy mills, end animal fighting, improve the treatment of farm animals, animals in laboratories, horses, wildlife and other work to end animal cruelty.

On flipping back to Humane Watch and then going back to their mother company (Center For Consumer Freedom) I learned that they're opposed to everything. The company is indeed owned by Rick Berman who does live in a multi million dollar house, drives a Bentley and a Ferrari and gets paid millions of dollars to go after organizations like HSUS.

CCF and Rick Berman are against Mothers Against Drunk Driving, Animal Rights Activists, food Watchdog Groups and unions of every kind. He believes we are becoming a nation of passive children ruled by the iron thumb of self-appointed nannies. He claims that America's freedom of choice is slowly being taken away from how much we earn to when we may drive to what we eat.

Rick Berman is a lawyer and lobbyist. He states himself, "If the government is truly concerned with my health, I appreciate it but I think I can take care of myself."

I then started poking around for information on "Mr Berman himself" and found he's very high-profile and has already been on the news via the big dogs like "60 Minutes" who titled Berman "Dr. Evil."

60 Minutes goes on to call Berman a hired gun for corporate America.

Dr Michael Jacobson (executive director of the Center for Science in the Public Interest "CSPI") states, Berman is a "one-man goon squad" for any company that's willing to hire him. He wants to leave corporations unfettered of any regulations that protects the public's health. Jacobson says that companies simply hire Berman to say the nasty things that they wouldn't dare say themselves. "He's a hit man, he's dishonest, he makes things up," says Jacobson.

The ultimate question then becomes: Who is paying Berman to go after The Humane Society? Who would profit if HSUS crumbled?

Berman says he is always under attack but no one attacks him for his information. He claims he's always attacked personally. He goes on to say, "I'm doing it because it's a passion of mine. I believe in what I'm doing. I do it because it's the right thing to do. I'm not opposed to stopping the stuff that's really bad but I am opposed to making the problem seem worst than it is and these groups will make it seem so bad so it justifies their draconian solutions."

Ultimately, the Humane Society of The US says that Humane Watch is only attracting more people to their site and when people arrive they find out that we're a lot more than they ever thought.