When Police are close to cracking a case or they've run out of leads altogether - they'll release tiny pieces of info to the press in-order to keep it in the media and on the public's minds. At that - any suspect in the case cannot live their life without being continually haunted by the story on TV, radio, Internet, at work, at home and by the public.

With the continued pressure.... the Police are hoping that one of the suspects cracks and spills the beans.

It works.... and this is what you're seeing with the Ayla Reynolds case.

The blood found in the home belonged to Ayla. The amount of blood discovered is more than a small cut would produce.

While there’s an obvious effort to keep the story in the spotlight, police are being very careful about what they release for fear of hampering the investigation. I can tell you that all focus is on the 3 adults present at the home during the disappearance.

Police have found blood in the home where Ayla Reynolds vanished.

Ayla came up missing over a month ago (December 15-16, 2011). The blood was found early in the investigation but investigators are just now releasing the information to the national media. At this point the results of all testing is unclear.

Three adults were in the grandmother’s home the night Alya disappeared: Alya’s father (Justin DiPietro), his mother and a third adult. Of the three, McCausland stated, "We believe they have not given us the full story.”

We will stay with the story and keep you posted on all new developments. 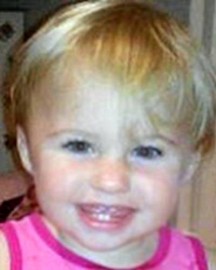 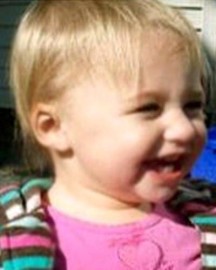