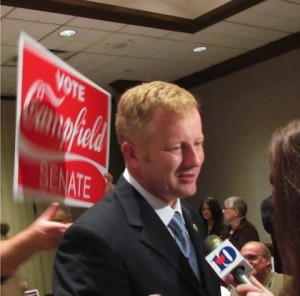 The Truth About Red Light Cameras

Red light Cameras have been a hot topic in East TN since their inception in April 2006 but, lately, with the bad economy and crumbling government trust, the heat of the debate has increased.

Below are some of the top reasons that most of the general community is opposed to the cameras; however, it should be noted that the following issues are lightweight compared to the legal, ethical and historic aspects of the camera companies.

• Many feel the cameras are an unconstitutional violation of their human rights.

• The cameras create further mistrust between local government and the community.

• Half of the generated revenue from these cameras goes to private companies.

• In a time when most communities are struggling with the economy, many people feel violated and abused.

• Often it is best to get through a turn on red or a yellow light to avoid a rear-end collision.

• Most people are not going to take off a day of work to fight a $50.00 ticket. Is this fact being taken advantage of?

Invited to a WBIR-discussion on the topic were State Senator Stacey Campfield, Don Lindsey (AAA of East TN) and Ben Harkens (Traffic Enforcement Manager Of Farragut). While Campfield has been opposed to the cameras since their inception, both Lindsey and Harkins are for the cameras.

Senator Campfield was the first to be addressed. He was asked why he thought the cameras were a bad idea. He insisted that the cameras are not about safety. "It's really been about revenue generation," he said.

Campfield then went on to talk about how the revenue has been cut back. In July 2011 new legislation went into affect and red light camera tickets in Knoxville were cut by 73%. This is the result of the police department not issuing camera tickets for improper right turns. This is not to say that you won't receive a ticket if they catch you in person. It's still illegal – it's just not camera-enforceable.

Campfield went on to discuss using the revenue for true safety issues like engineering studies. "The ideas were fought off," he stated.

Lindsey was asked how drivers have adapted to the cameras. "Well sometimes the only way to avoid stopping or getting a ticket is to decide on another route and lots of people have tried that," Lindsey stated. He went on to say that drivers have been more attentive and there's been a pretty significant reduction in crashes at those intersections. "That said – there's still a significant amount of tickets being issued at those intersections…. even for the straight-throughs and the illegal left turns."

Harkins was asked if the cameras prevent accidents and stated that the target was to get people to obey the law. He continued by saying that drivers in Farragut are paying much more attention with the result being that less people have been running red lights and the people in Farragut are more safe today.

Harkins was asked another question about the new law eliminating the right turn on red tickets and how it has affected revenue. He stated that he was not involved in any revenue issues, that he's involved in all issues involving enforcement except generated revenue. He indicated that citations have decreased because of the new law. (On September 7, 2011, Harkins deemed the new statute "a bad law.")

If the red light camera issue goes to public vote, it is important that the public be informed. Below are some issues you may not be aware of:   In Knoxville, 8 of the cameras in 4 intersections are owned by RedFlex Traffic Systems who is doing business in 240 U.S. cities. This company is based in Arizona which means that one-half of the money generated from the cameras is being pulled directly out of our community.

It should also be noted that RedFlex is under major national scrutiny for many different issues and has many pending lawsuits against them.

The Grand Terrace City Council has decided to shut down the cameras next summer.

The City Council in Tempe voted not to renew its contract with RedFlex Traffic Systems.

Albuquerque City Council decided to pull the plug on the cameras when the residents stopped paying the tickets and the cameras were losing money.

In Loma Linda, CA the yellow lights at red light camera intersections were deemed illegally shortened by .3 seconds. As a result the cameras were discontinued. "I believe these red light cameras are ways for city governments to legally extort money from their citizens," said Mayor Rhodes Rigsby, who decided to dump the cameras once the city's contract with Redflex ended. "I, as the mayor, am apologetic to the community for the Redflex camera business that we were associated with. I hate these cameras more than anyone else in Loma, Linda," said Rigsby.

Other cities to recently discontinue the cameras include: Dalton, Georgia; Livingston Parish, Louisiana; Avondale, AZ; Harlingen, TX; Hillsboro, OR; Covington, LA; New Orleans, LA; and more on the way. Also, dozens of communities in California have discontinued the cameras and many more California communities are very close to saying, "No more."

In a Court of Appeals case in July 2008 Judge D. Michael Swiney acknowledged that the City of Knoxville began its red light camera program without any authorization from the state.

You can rest assured the public is angry and opposed to red light cameras. Every single time this issue has gone to referendum in any community in the USA, the public voted against them.