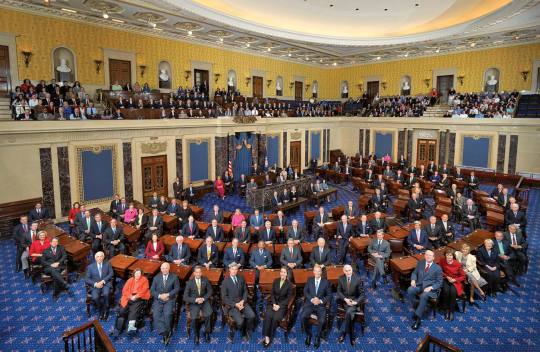 Millions of Americans are talking about the possibility of the Democratic Party taking back control of the US Senate. If this were to occur... Hillary Clinton would get her presidency off to a fresh start and there would be true hope for the progress of this country.

There are 34 Senate Seats up for grabs (10 are Democrat and 24 are Republican).

Currently, 44 of the 100 Senate Seats are held by Democrats, 2 are held by Independents and Republicans hold 54.

This, of course, gives the Republican Party majority control, and, in the day of very partisan politics, this means Republican bills will pass and Democratic bills will be voted down.

To regain control of the Senate, the Democratic Party would have to keep the 10 D-seats up for re-election and overtake 6 of the 24 Republican seats up for grabs.

Winning 3 of the current Republican Senate seats is not only possible - you could label the scenario "likely."

Then the numbers get tricky and it all comes down to "how much damage Donald Trump has done to the entire Republican party and how many Democrats show up to take advantage of the crumbling party."

Lastly (and many hardcore Hillary supporters are going to hate to hear/read this) we could wind up with a perfectly divided and even US Senate: 49 Democrats, 49 Republicans and 2 Independents --- leaving Independent Senator Bernie Sanders as the spoiler and the deciding vote.

Republican Senate Members up for re-election

Democratic Senate Members up for re-election

Harry Reid - Is Not running (NV) 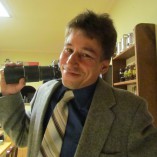 John M Disque is an American journalist specializing in politics and social issues.