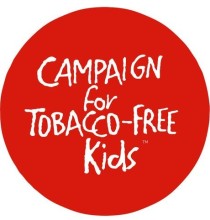 State funding for tobacco prevention programs (mostly geared to America’s youth) is down 12% and is at an equal level to where we were in 1999.

To cover the rising cost of tobacco related illness many states filed lawsuits on the tobacco companies in 1998. The tobacco companies agreed to pay the states 206 billion dollars over a span of 24 years. This money, along with the steadily increasing state-taxes on tobacco, was to be put to prevention programs.

Fiscal year budget pressure has forced the cuts but the programs having been falling on the priority list for years.

46 million Americans smoke and smoking-related health care costs $96.7 billion annually nationwide. Tobacco-related diseases are responsible for about 443,000 deaths a year in the U.S.

Most experts are saying the cuts will wind up costing the states in the end. Others say it’s a simple bait and switch: “The money is there, they agreed to spend it on one thing and have decided to spend it on something else.”

Center For Disease Control And Prevention (CDC) recommends what each states should pay. Only one state (Alaska) is meeting the recommendations. Most are at about 25% of the recommendations and some states (Connecticut, Nevada, New Hampshire, Ohio along with DC) have cut prevention funding to nothing.