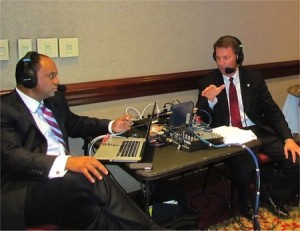 Beck Cultural Exchange was a low key non-profit organization until a few weeks ago when Tim Burchett was working on the County Budget and their tax funding was severely cut.

The first and loudest to step up and oppose the cuts was District 1 Commissioner Sam McKenzie who proposed an amendment to restore the funding back to $150,000. Naturally, Tim Burchett disagreed by stating that it's not the business of the county taxpayer to fund Beck.

The talk and the debates continued but funding was not restored and the new Knox County budget passed.

Beck Cultural Exchange has been in the headlines for weeks now. The more it stays in the spotlight the more questions that are surfacing. Now it has come to light that since 2004, Knox County taxpayers have given the Beck Cultural Exchange Center about $3 million through community grants and other funding and the money that our county government was handing them has gone unreported to the IRS.

Beck and McKenzie repeatedly stated that cutting Beck funding would desperately hurt the center, but it's also been recently determined that Beck managed to save $700,000 of the money.

Last Monday, June 20, at the County Commission meeting Mayor Burchett called for an audit of all Beck's funding. "If we just look where the county money went, if county money was misallocated, something else could be slid over from state or federal sources. I think we need a total audit of all funds to be accurate. We'll never answer all the questions until we do that," says Burchett.

On Monday the questions before the commission were: Should the county proceed with an audit? Should we use a county auditor or an outside auditor? How far back should the audit go?

The Commission deferred the matters until their next meeting on Monday, June 27, 2011 and will be voting on how to proceed.

Although Sam McKenzie says we're beating a dead horse, the public has a right to know what's going on and Mr. McKenzie should understand that he helped to open this can of worms.

Beck is about to be audited and Knox County Auditor Richard Wall says it will take about 1 month to get all the paper work together.

Now McKenzie suddenly seems concerned with spending the residents' tax money and doesn't think we should do a full audit of all of Becks funding but only what was directly allocated from the county government. McKenzie states, "I smell a dead horse here. Let's move on. We've beat it and beat it and beat it. What else do folks want? Do we want to make sure taxpayer dollars were spent as intended? Let's do that. But let's not start a witch hunt."

All that said, there's still confusion about what Beck Cultural Center is so let's clear the air.   Beck was founded in 1975. They claim that they're a 501 (c) (3) tax-exempt organization. They also claim to be a major tourist attraction in Knoxville and officially describe themselves as: "A place that researches, collects, preserves, and exhibits African American achievements and culture."

They also say they've reached and have welcomed 500,000 people from all over the world since they have been open, an average of 13,888 people annually.

They have archived through cultural exhibits and resource materials including: books, journals, newspapers, scrapbooks, audio recording and other memorabilia.

Beck's Purpose: To promote, preserve, exhibit, and acquisition artifacts and other evidence of contributions relating to the history and culture of Americans of African descent in Eastern Tennessee and throughout the United States. Beck Cultural Center