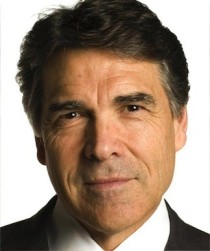 Yesterdaqy, at 11:12AM, Rick Perry made the official announcement that he was dropping out of the GOP race and endorsing Newt Gingrich.

Perry stated that he got into the race because he loves America and it was never about one candidate. “America needs a smaller Government so the people can be freer. We need bold conservative leadership and the mission is greater than the man,” he said.

It’s rumored that Perry decided to drop out of the race after receiving several calls to rally conservative voters behind Gingrich to go head to head with Romney in the name of the Republican party.

When he first entered, Perry had a lot of support and was expected to do well. Since then his standing has fallen steadily. At key times he seemed to be sitting on the sidelines and did not do well in most of the debates. He also made several mistakes, like not remembering the name of the third cabinet department he vowed to eliminate.

Perry’s concession speech was 11 minutes long. At the end he thanked his family, his friends, his supporters, volunteers and then he thanked God and said he was headed back to Texas.