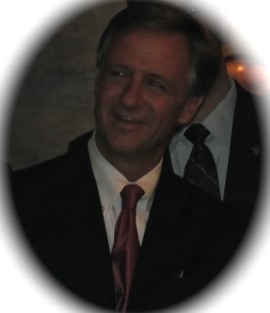 A new Tennessee law that's causing a major uproar across the country goes into effect July 1, 2011.

The law was sponsored by Rep. Charles Curtiss (a Democrat living in Sparta TN and working in a cushy 'lil office in Nashville) and signed by Tennessee Governor Bill Haslam.

Curtiss has apparently been working on the bill since February and Haslam signed it on June 1.

Senate Bill 487 - As enacted, broadens offense of harassment to include certain electronic communication with or about another person or transmission or display of certain images; in certain circumstances, allows law enforcement to access log files, images or communications posted on social network services' Web sites. - Amends TCA Title 39, Chapter 17, Part 3.

The new TN law makes it a crime to transmit or display an image on the Internet that is likely to frighten, intimidate or cause emotional distress to someone who sees it. Whether these things were your intention or not you could find yourself in prison for up to 1 year and paying up to $2500 per violation.

Many writers are suggesting that the law is unconstitutional and the endless feedback reflects that the public agrees.

Not only is the law unconstitutional - it's very vague and leaves our authorities in a position to use personal opinion to enforce the law. A photographer can take a picture of a landscape and someone somewhere is going to be offended for some reason. If the person happens to be a cop or a judge you could find yourself behind bars.

Taking a picture of a church, which I often do, is pushing your luck. Taking a picture of a 15-year-old girl walking into an abortion clinic is playing with fire. Publishing a picture of a naked statue on your website is likely to result in handcuffs around your wrists. Drawing a political cartoon of Charles Curtiss and Bill Haslam searching my house for number 2 pencils will have me talking with lawyers about a Supreme Court case.

When Bill Haslam took office he took an oath to protect the United States Constitution. Did he ever consider that when he signed his name to this bill?

A brilliant artist has many jobs. A photographer is not just clicking a picture. He or she is telling some kind of story or proving some kind of point. A political cartoonist is doing more than drawing a picture. They are attempting to capture our interest and convey the truth and sometimes make us laugh. Most of the cartoons are going to intimidate or cause emotional distress to someone. The artist is attempting to convey their point and show the public how they view a certain situation. Whether you agree or disagree with his or her truth it is often insulting to someone.

There are cartoons and images of monsters that are meant to scare people. They're online and some are published right here in Tennessee. Will they be removed? Are they now illegal? There are horror movies being published in Nashville as I write this. There are reruns of Jerry Springer being viewed in Memphis. What can I and can I not send or publish?

Since even most Democrats no longer support Anthony Weiner can I draw a cartoon of him or is he your friend, Bill? You're going to spend 45k of TN tax dollars to put me in jail for a year? For drawling a cartoon or for exposing the truth? Or is it both?

Fellowship Of The Mind