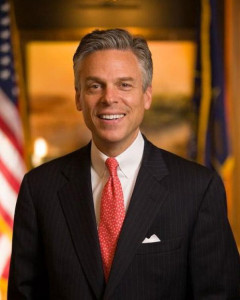 Jon Huntsman has a ticket to ride.

The Tuesday New Hampshire Primary didn’t bring many surprises.  Mitt Romney ended up with an expected 39.3% of the vote, which was an improvement from the 32% he received in the 2008 NH Primary.

The real battle was for second place. All eyes were on Jon Huntsman, who had skipped Iowa to focus complete efforts on his New Hampshire campaign, and Ron Paul, who was expected to pick up the large independent NH voter-base.. In the end Paul came out 5% ahead of Huntsman while Gingrich and Santorum each received 9.4%.

Huntsman was not disappointed with the third place finish and dubbed Tuesday night his “ticket to ride” suggesting that he’s ready to move on to South Carolina.