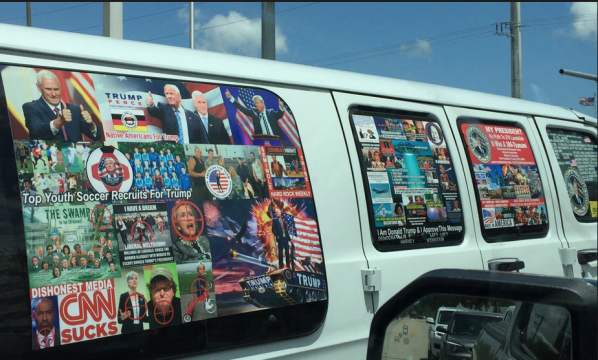 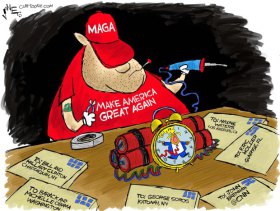 By mid-morning 10/26/2018 a suspect had been arrested for the recent string of bombs mailed to key Democratic leaders. 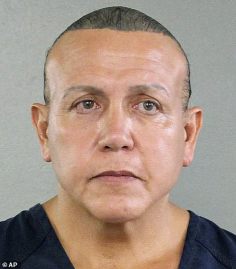 Cesar Altier Sayoc, 56 was arrested in Plantation, Florida in connection with now-14 attempted bombings through the US Postal Service and via hand-delivery. 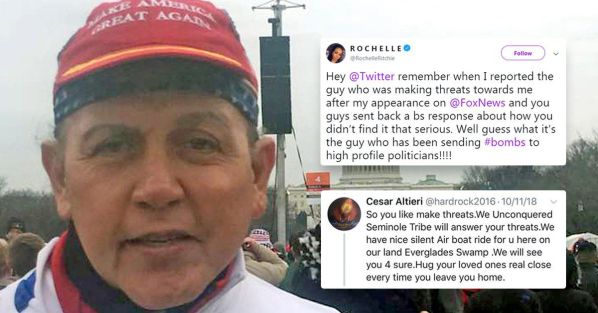 Due to having a criminal record, police were able to trace fingerprints from one of the packages to Sayoc.

He was spotted in Plantation, Florida and pulled over near Broward Boulevard and State Road 441.

On Sayoc's Facebook page he posted videos and pictures from a Trump Rally and was a known Republican supporter and Democratic Party hater.

While Fox, Limbuagh and many other right-wing media sources continue to spout conspiracies of a set-up and deny the truth of what's happening in America, the evidence is piling up and becoming more and more clear. 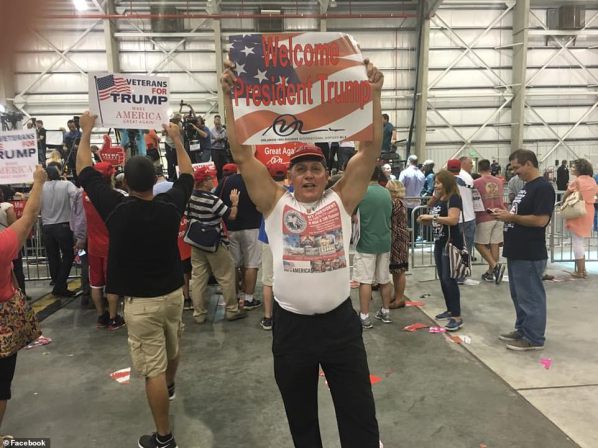 Fellow employees say there was something about him that just wasn't right and because he covered his van-windows in political stickers the business would make him park it out of site from the customers. 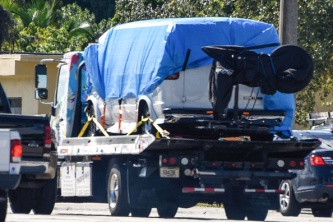 After being arressed Sayoc was cooperating with police and answering questions, but once he obtained a lawyer all questioning was stopped. 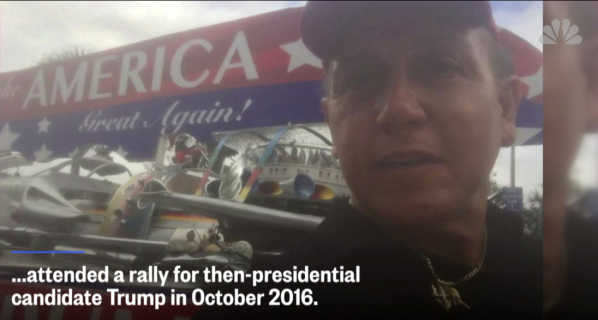 Bomb suspect attending Trump Rally in October 2016 (before the election) in West Palm Beach, FL where Trump says, "The Republican Party is 'at WAR' with the left-wing media." 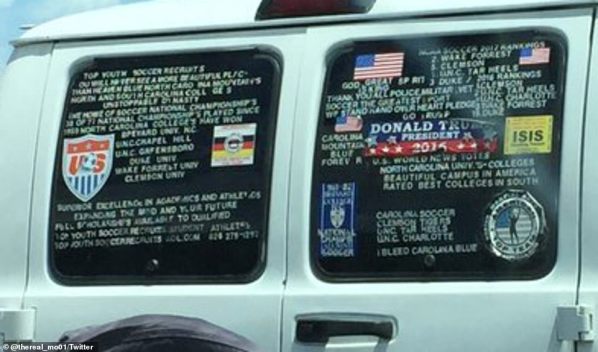 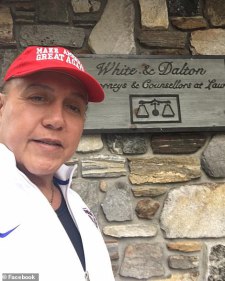 Cesar Altier Sayoc has had a life of failures and wound-up living in the now-famous white van, while delivering pizza for a living.

Things never got better for him BECAUSE he never pointed the finger at himself. There was always someone to blame and most-often he blamed the Democratic Party.

His hope for a better life was found in his faith of Donald Trump, but Trump's constant spewing of hate, division, blame and verbal violence only fueled his own violence and assurance that his failure was the Democratic Party's fault.

While mailing the bombs he thought he was being a hero and saving himself and the country for Donald Trump.

Today he sits in jail awaiting his trials to spend the rest of his life doing hard-time in federal prison.