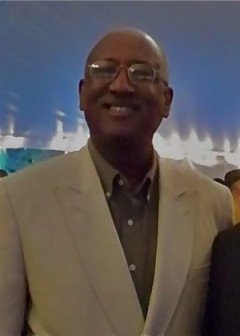 Knoxville Has Its First African-American Mayor

Daniel Brown has been named "interim" Knoxville City Mayor following Bill Haslam's election as Governor of Tennessee in November. The city charter requires the council to elect an interim mayor among council members to serve until a mayor can be elected in the fall of 2011. Brown is Knoxville's first African-American mayor and was sworn in at 9:32 this morning.

Brown is best known for his city council role for the 6th district. He is a retired US Postal worker, a Vietnam veteran, an election Poll worker, member of the Knox County Board of Zoning Appeals and he has a Bachelor's degree in history from TN State University.

The proud father of one daughter and two grandchildren Brown has been quite busy over the years and is prepared to be even busier.

Mayor Brown said "The key to getting the job done is to keep a good relationship with the council."

He is meeting with the department heads and has already begun to work on the budget, which will be presented in the spring.