Michele Bachmann announces she is suspending her Presidential campaign due to her 6th place showing in the Iowa caucus. 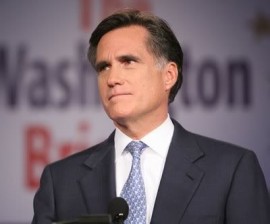 Who is moving on to New Hampshire and who is bailing out?

Although Michele Bachmann did not do well in Iowa and didn’t win one county, she did give all indications that she is moving on and continuing. <-(Outdated info) At the same time Rick Perry said he was headed back to Texas to think things over, which would naturally suggest that he’s getting ready to drop out.

Ron Paul’s results were better than expected and his appreciation showed. He spoke a lot about getting back to the fundamentals of the U.S. Constitution and his aggressive plans to withdraw all overseas Military involvement.

The battle for top seat between PA Senator Rick Santorum and former Massachusetts Governor - Mitt Romney was ultra close and, at some points, got down to single-digit numbers separating the two. At 1:36Am EST 1 single vote separated Santorum and Romney. The night finished with Romney winning Iowa by a mere 8 votes.

The New Hampshire Debates, scheduled for January 7 & 8,  should prove interesting. The New Hampshire vote will be on Tuesday, January 10, 2012. It’s suggested that Mitt Romney has a lock on the state and is showing a high (47%) percentage of support. After New Hampshire, it’s on to South Carolina for the “Jan 21 vote.”