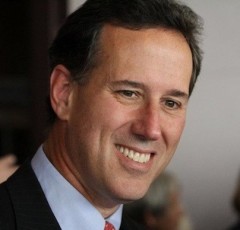 The momentum Gingrich had coming out of South Carolina has been stifled in Florida. With the combination of Romney running a super-aggressive campaign, coming out swinging in the debates and Gingrich not doing as-well in the debates, the two are left in a very close race.

Once again Gingrich and Romney came out firing at each other but many of the questions themselves seem to fuel the fire and force the candidates to defend or explain their own aggressive campaigns and attack ads. With each answer the candidate was forced into attacking their opponent while the other was forced to re-attack.

Romney would again say that his personal wealth is an asset to his campaign and he wouldn’t apologize for being successful.  This issue has been manipulated. I think most Americans are striving-to and dreaming of being successful and the issue is not “success” but "how one obtains that success” which is extremely relevant and shows the true character of an individual. In 2012, transparency equates to properly placed votes and the people have a right to know exactly who they’re voting for.

Ultimately, it was Rick Santorum losing his patience and nearly begging to get the attention back on relevant issues, while Ron Paul used his sense of humor to get through the evening. Gingrich agreed with Santorum and began calling a truce but Romney demanded the question be answered and said that any attack ad should be addressed on this stage. It worked – Gingrich simply did not come through with those "standing-ovation moments" that he enjoyed in SC and found himself playing hardball with a man who was not going to lay down.

Romney’s Swiss and Cayman bank accounts, and whether he did or didn’t invest in Fanny Mae and Freddie Mac, were major topics. Romney stated that the money was in a blind trust, managed by a trustee and all taxes on the money were reported and paid.

Illegal immigration, Cuban relations, the collapsed housing market and health insurance were all extremely relevant issues but both Gingrich and Romney would use much of the night defending their histories, their personal wealth and their aggressive, accusing TV and radio ads.

Gingrich’s proposal for the space program (a permanent lunar base on the moon) was met by Romney accusing Gingrich of going from state to state focusing on local issues and making unrealistic promises for the sake of votes. “This is the kind of politics that got us into this mess,” Romney said.

The most touching moments of the night came on a somewhat lighthearted question about why each candidate’s wife would make a good first lady. Each gave brilliant, honest, heart-felt answers that showed a true devotion and passionate commitment to their better halves.

When all the smoke cleared, I think the Florida voters turned off their TVs having their fill of both Gingrich and Romney and their new focus on Rick Santorum who, in the opinion of many who watched, won both Florida debates.

The Florida Primary election will be Tuesday night and East TN News will have live results.