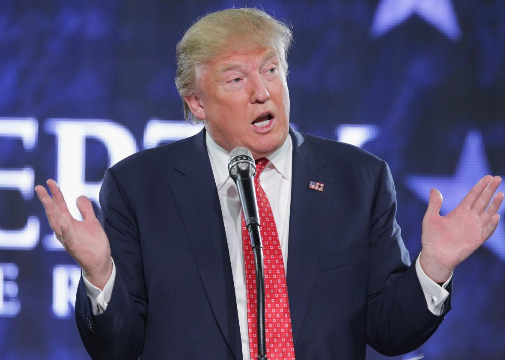 The Republican Party can no longer hide in their churches and pretend to be some "righteous group of Bible-thumping do-gooders" while their creation exposes them for the "lying, violent, racist, sexist cowards" that they are.

Trump rates the value of our mothers, sisters and daughters on their weight, their sexual attraction and their breast-sizes.

The words he uses to describe the women who don't meet his standards are; “bimbo, dog & fat pig.” Are you sure that this is the kind of person you want in the White House representing our nation?

“Putting your wife to work is a very dangerous thing.” 1994 Interview with ABC News

“That must be a pretty picture. You dropping to your knees.” 2013 Stated to female apprentice Megyn Kelly during an episode of Celebrity Apprentice

“Women. You have to treat them like shit.” Stated to Philip Johnson according to New York Magazine during 2016 presidential Primaries 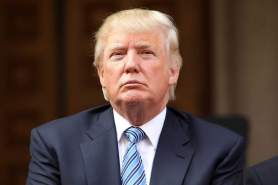 I've said if Ivanka weren't my daughter, perhaps I'd be dating her. March 6, 2006 interview with The View

“I would never buy Ivana any decent jewels or pictures. Why give her negotiable assets?” 1990 Vanity Fair article

"26,000 unreported sexual assaults in the military-only 238 convictions. What did these geniuses expect when they put men & women together?" Twitter Post on May 7, 2013

“It’s certainly not groundbreaking news that the early victories by the women on ‘The Apprentice’ were, to a very large extent, dependent on their sex appeal.”  How To Get Rich, 2004

“You know, it doesn’t really matter what [the media] write as long as you’ve got a young and beautiful piece of ass.” Esquire interview, 1991 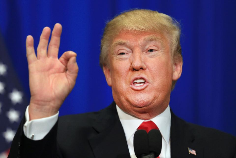 “I mean, we could say politically correct that look doesn’t matter, but the look obviously matters, like you wouldn’t have your job if you weren’t beautiful.” Trump to a female reporter in a clip featured on “Last Week Tonight”

“Women have one of the great acts of all time. The smart ones act very feminine and needy, but inside they are real killers. The person who came up with the expression ‘the weaker sex’ was either very naive or had to be kidding. I have seen women manipulate men with just a twitch of their eye — or perhaps another body part.” The Art of the Comeback, 1997

"Yeah, that’s her, with the gold. I’ve got to use some Tic Tacs, just in case I start kissing her. You know I’m automatically attracted to beautiful — I just start kissing them. It’s like a magnet. I just kiss. I don’t even wait. And when you’re a star, they let you do it. You can do anything. Grab them by the pussy. You can do anything." 2005 taping of an Access Hollywood segment

"If Hillary can't satisfy her husband what makes you think she can satisfy America?" Twitter Post April 16, 2015

While ‪Bette Midler is an extremely unattractive woman, I refuse to say that because I always insist on being politically correct." Twitter Post October 28, 2012 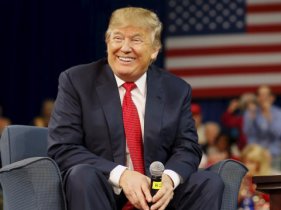 "When Donald and Ivana came to the casino, the bosses would order all the black people off the floor," Kip Brown said.

In a commencement speech at Lehigh University, Trump spent much of his speech accusing countries like Japan of "stripping the United States of economic dignity."

In 1989 four black teenagers and one Latino teenager — the "Central Park Five" — were accused of attacking and raping a jogger in New York City.

As the trials dragged out, Donald Trump took out a full page ad in the biggest NY Paper --- The ad said, "BRING BACK THE DEATH PENALTY!!

After spending 13 years in federal prison.... new advances in DNA evidence proved the teens could not possibly be guilty. 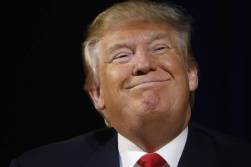 "Black guys counting my money! I hate it. The only kind of people I want counting my money are short guys that wear yarmulkes every day. … I think that the guy is lazy. And it’s probably not his fault, because laziness is a trait in blacks. It really is, I believe that. It’s not something they can control. … Don’t you agree?” Speaking to Casino President John R. O’Donnell, in the 1991 book “Trumped,” about a black accountant

Donald Tump was in the habit of transferring black and women dealers off tables to accommodate a big-time gambler’s prejudices. According to Kip Brown, former emplyee at Trump Plaza

Fearing casino competition from St. Regis Mohawk tribe, Trump secretly ran a series of ads suggesting the tribe had a "record of criminal activity [that] is well documented." According to Vox, Once You Know Trump's History

“When Mexico sends its people, it is not sending their best. … They’re rapists.”

He's not a war hero -- he's a war hero because he was captured. I like people that weren't captured.  Speaking about Arizona Sen. John McCain in July 2015 at the Family Leadership Summit in Ames, Iowa.

"I could stand in the middle of 5th Avenue and shoot somebody, and I wouldn't lose voters." During a campaign rally in January 2016 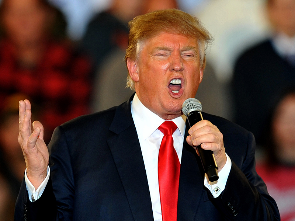 Some people like Donald Trump because he speaks his mind and it happens to be their language....

He's the perfect politician for "America's most willfully-ignorant"... for people who know nothing about politics and don't have the ability to analyze anything - the mentally weak and lazy who need to be told what to think.

He's an entertainer, a showman, a wealthy businessman who just takes whatever he wants while his victims suffer and his money protects him - a clown in a $17k suit and the leader of "America's most embarrassingly ignorant group of fools." 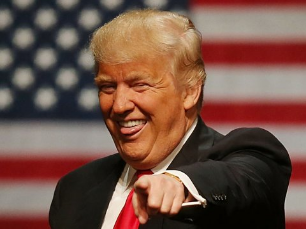 So the truth about who the Republican Party truly is has come to the surface. They are out of their churches and stand naked before America.

If I weren’t so embarrassed for my country I'd say this was a good thing. We will always be best off knowing the truth but I'm not sure what good that does when we ignore it and pardon it, forgive it and pretend it doesn't exist.

Donald Trump IS the Republican Party. This is what your radio talk-shows, your Koch Industries and your Fox News creates.

I live in the blood-red, racist region of East TN. I see the results of their hatred and violence every-single-day. I've been to their political parties. I've talked to their wives and children. Donald Trump is an exact reflection of the Republican Party and the only difference with him and the rest of them is: he doesn't try to hide it. 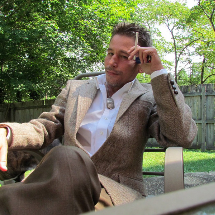