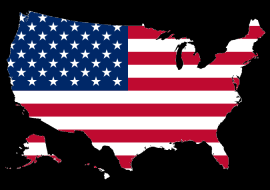 WASHINGTON – U.S. Senators Mike Enzi (R-Wyo.), Dick Durbin (D-Ill.), and Lamar Alexander (R-Tenn.) today announced that a bipartisan group of ten senators are introducing legislation today that would give states the option to collect the sales taxes they are owed under current law from out-of-state businesses, rather than rely on consumers to pay those taxes to the states—the method of tax collection to which they are now restricted.

Under the current tax loophole, while brick-and-mortar retailers collect sales taxes from customers who make purchases in their stores, many online and catalog retailers do not collect the same taxes. Under the Marketplace Fairness Act, states would have the option to collect sales and use tax revenues from out-of-state sellers through a new, simplified tax system.

Enzi said: “For over a decade, Congress has been debating how to best allow states to collect sales taxes from online retailers in a way that puts Main Street businesses on a level playing field with online retailers. This bill empowers states to make the decision themselves. If they choose to collect already existing sales taxes on all purchases, regardless of whether the sale was online or in store, they can. If they want to keep things the way they are, it’s a state’s choice.”

Durbin said: “Most small business people don’t want a government handout.  They don’t want special treatment.  They just want to be able to compete fairly against other businesses.  That’s why I have worked with Senators Enzi and Alexander to introduce the Marketplace Fairness Act – a bipartisan bill to level the playing field for local main street businesses.”

Alexander said: “This legislation would give states the ability to close the online sales-tax loophole, created when out-of-state sellers don’t collect, and purchasers don’t pay, the state sales tax – even though they still owe it. This loophole subsidizes out-of-state businesses at the expense of Tennessee businesses and subsidizes some taxpayers at the expense of others. Tennessee is losing hundreds of millions of dollars that could be used to improve services or avoid a state income tax. The legislation addresses a states’ rights issue: preserving the right of states to collect – or to decide not to collect – taxes that are already owed under state law.”

The legislation would streamline the country’s more than 7,500 diverse sales tax jurisdictions and provide two options by which states could begin collecting sales taxes from online and catalog purchases.

States that voluntarily become Member States of the Streamlined Sales and Use Tax Agreement (SSUTA) would be able to require remote sellers to collect and remit sales and use taxes after 90 days. A total of 24 states have permanently changed their tax laws and implemented the requirements of the agreement.  The agreement would help harmonize states sales and use tax rules, bring uniformity to the definitions of items in the sales tax base, reduce the paperwork burden on retailers, and incorporate new technology to modernize administrative procedures.

States that do not wish to become members of SSUTA would be allowed to collect the taxes only if they adopt certain minimum simplification requirements and provide sellers with additional notices on the collection requirements.

The legislation exempts sellers who make less than $500,000 in total remote sales in the year preceding the sale to qualify for an exemption and not be required to collect the tax.