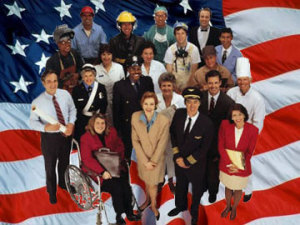 We are at the turning point

During the second week of March 2015 Britain, China, France, Russia, Germany, Iran and the United States quietly came together to discuss peace and eliminating nuclear warfare.

Some Republicans (realizing it was eliminating their excuse to go to war with Iran) panicked and made these talks difficult while leaving Obama with mud on his face.

In the midst of the peace talks 47 Republican Senators decided it would be a good idea to send the Islamic Republic of Iran a letter. 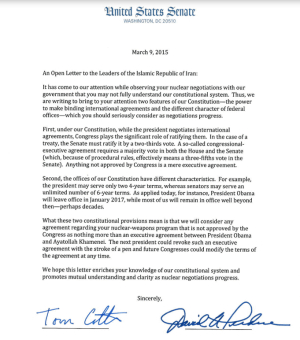 The author of this letter was Senator Tom Cotton of Arkansas. Accompanying Mr. Cotton's signature and supporting this global humiliation were 46 other US Senators - All Republicans.

List of 47 Republican Senators who signed the Iran Letter

No Democrat Senators signed the letter 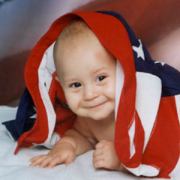 Most of America's first reaction was embarrassment and they began looking for reasons and excuses for the behavior of the conservative side of DC. They quickly concluded that this letter was a mere attempt to undermine the president and just another partisan bickering tool, magnifying the longstanding envy of President Obama and the Democrat-control of the White House.

Many, however, began to see something much bigger and much more sinister. 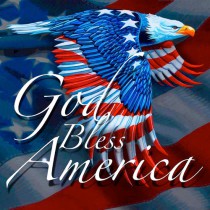 Through the eyes of an experienced journalist this looks less like a "We're the boss - not him" (a childish declaration of jealousy over power) and more like a "We don't want peace" (and a "we're here to stop you" 'declaration of war").

Since the debacle hundreds of writers have chimed-in along with some of the TV media, some of the corporate Internet media and a ton of independent internet media. Even Iran’s Foreign Minister chimed in and chastised our Republican Congress for being ignorant on the base of their own US Constitution.

Through the humiliation and the days of vulnerable Republican exposure Obama persisted and the talks are now winding down with very positive results in-spite of the Senate sabotage.

For reasons you'd have trouble explaining, this one hit home with Americans. It doesn't even matter how Barack Obama feels anymore. It doesn't matter how the Justice Department feels, how Democrats or Republicans or Wall Street, the poll taking media or Joe Biden feels -

They (these American citizens who signed their names and gave you their email addresses, paid their taxes, voted for you to do the right thing and pay YOUR salaries) know how they feel and they want to be heard! They've had enough! They want these senators held accountable for their actions and they're not letting it go. 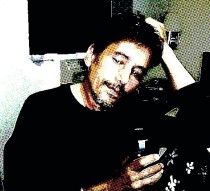 "Honesty, passion, a willingness to find and share the truth - for much of my life these were the only things I had and I wasn't about to compromise them."